Another year is over and a new one is about to begin - time to celebrate!

You can now gigamax your Pokémon! Visit the profile of one of your Pokémon which is able to perform this powerful evolution to learn more about it. Gigamaxing requires a Pokémon to be of Level 100 or higher and it requires one or more

Dynamax Crystals.
The amount of Dynamax Crystals that are required depends on the Pokémon's rarity. Note that gigamaxing a shiny Pokémon requires 5-times as many crystals.

Please note that currently not all gigamax evolutions from the SwSh games are available here on PokéHeroes. They will become available as soon as possible. Also note that there are still some shiny sprites missing - we are sorry for the inconvenience! We wanted to bring this update to you as quickly as possible.

Speaking of Dynamax Crystals! You can now get these powerful crystals in exchange for some SC Tokens at the Speed Click Event prize exchange. One Dynamax Crystal costs 10 SC Tokens.

To celebrate our 7th anniversary (and to give you the opportunity to hoard some Dynamax Crystals), we are hosting a very special Speed Click Saturday and even a Speed Click Sunday this weekend! Join us in this crazy event by making as many interactions within a short period of time as possible. All available time slots can be found on the SCS page, as always:

Due to the increasing amount of species that can perform a mega evolution, we now decided to further increase the chance to hatch a mega-able Pokémon.

The mega-ability boost that the Mega Cuff grants you has also been increased: Instead of boosting your chance by 300%, it now gives you a boost of 400%! All Mega Cuffs that have been bought before this update were automatically upgraded.
Note that due to the increased efficiency of this item, the price for it had to be slightly raised at the Item Shop.

You can now get all different types of Gems at the Dream World Shop by spending Dream Points on Plushies! You receive one random gem for each 5 Dream Points that you spend. So - for example - buying a Charmander Plushie for 50 Dream Points will give you 10 Gems in return.


On top of that, the prices for buying Dream Points with Nuggets have been lowered. The base offer is now 100 Nuggets for 500 Dream Points (before: 250 Dream Points). Enjoy! 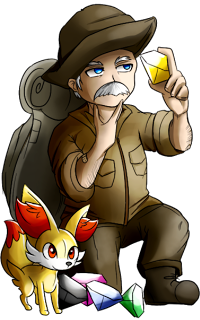 Part Two of the Galar Quest is now available!
After spending at least 10,000 gems on trades with the gem collector, he will give you a revised version of the Galar map as part of a little quest. You can find more Galarian Pokémon in this part of Galar - and the chances of finding Gems are also much higher!

Please note that you have to completely finish your current missions to the Galar region & start new missions in order to make use of the upgraded version. Simply "Resending" your Pokémon won't send your Pokémon to the new version of the map.

The legendary Pokémon Mew has returned as a Dream World Event Plushie! It is available until July 17th and can be obtained by fulfilling Dream Point spending goals.
With every Mew Plushie that you obtain, the DP requirement increases. To get the first Mew Plushie, you have to spend at least 500 Dream Points at the DW Shop.
The 5th Mew Plushie that you get is a Shiny Plushie.

Starting on July 18th, everyone who claimed at least one Mew Event Plushie (during this event period) can obtain a Mew Egg at the Ancient Cave! The more Mew Plushies you obtain, the higher your chance is to get a Shiny Mew Egg!


We hope you enjoy these updates! 🎇🤗 Stay tuned for more updates coming in the future.
Yellow_Flash

hey! Happy birthday, PH! :D so happy for the site!!

Please Interract with my party! I’m currently hunting Surskit, and I’m getting a lot of eggs, so it would be a massive help! Thanks!
Immortes yay
Help my boissssss down here

We might be getting old but it's been a delightful ride watching your little baby PH grow. :,] Hopefully it'll continue to grow into a happy and healthy site so remember to make sure little PH eats its veggies everyday.
Immortes

I kinda won the "Event Spriting Contest" as it says on News Announcement #224.

WOOHOO!! Thanks Riako & team for all the hard work and wonderful updates 😎👍
Immortes

7 down inifinite to go~
woof Happy b-day PH!
note: do you just use five dynamax crystals to evo it? or some other method..?

"If Your Ever Lonely, Just Look At The Moon.
Someone. Somewhere, Is Looking Right At It Too."

Happy birthday PH. Hopefully I can stick around
My sprite shop