Oh my! PokéHeroes has been online for over eight years now. Fun fact: All of our users combined have spent 307,184,416 minutes playing PokeHeroes—that's a little over 584 years!!


Explorers of the royal tunnel have discovered a new path: The so-called Split-Decision Path! Rumors have it that there is one out of two new royal eggs waiting at the end of the path... It's a tricky part of the royal tunnel, however, so only experienced trainers are allowed to enter. Everyone who would like to enter must successfully complete the "Pro path" first (and obtain the Registeel egg). This path has 250 levels and new difficult questions.
After finishing this path and after claiming the royal egg (remember to keep an empty spot in your party!), you unlock the Endless Path. And the Endless Path will then offer the possibility to find both new royal eggs (plus their shiny variants).


Fun Fact #2: 24 members who've signed up on the very first week of PokéHeroes' online time are still active players. And although no one ever says 'No' to cake, these members are probably starting to get tired of receiving the same anniversary gift each and every year... That's why we added two new gift options!

Let me introduce to you: Cherry and Apple Pienda!
You can claim an anniversary gift after being a member for one full year on the Anniversary Gift page.


Over the past eight years, the Emera Dex has grown rapidly and by now contains 280 different species! Can you name them all? To recap some of our Event highlights, we're hosting a special Event Re-Distribution of some of our all-time classics over the next two weeks. In each of these re-distribution events, you can choose from three different eggs after collecting enough Activity Points.
All of these eggs have a strongly increased shiny chance! The legendary Pokémon Mew has returned as a Dream World Event Plushie! It is available until July 18th and can be obtained by fulfilling Dream Point spending goals.
With every Mew Plushie that you obtain, the DP requirement increases. To get the first Mew Plushie, you have to spend at least 500 Dream Points at the DW Shop.
The 5th Mew Plushie that you get is a Shiny Plushie.

Starting on July 19th, everyone who claimed at least one Mew Event Plushie (during this event period) can obtain a Mew Egg at the Ancient Cave! The more Mew Plushies you obtain, the higher your chance is to get a Shiny Mew Egg! A Fact: An_Apple is nicer than me (Everybody knows that)!
~Pichu Check out my Trade Shop!

What an awesome birthday bash, PokéHeroes.. more to come~!!! 😆

I won the "Event Spriting Contest" as it says on News Announcement #224. 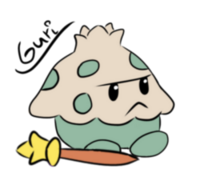 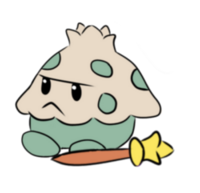