These are the classic words that you are sure to see, whenever you open a fairytale book. Morals of the story…movies…all different dimensions. At least, that’s what each of you think, living in your own dimension. One day, a groups of you, from many different dimensions, are teleported to a single one, where worlds collide. It’s called Aurealis High, and you’ve heard of this legendary place before, where people from all realities are welcome. Characters you’ve only dreamed of meeting, from the Marvel universe, a world of magic, Descendants…EVERY SINGLE WORLD you could possibly think of, is there. Join our school, where chaos and fun reigns, and interact with the people you never thought you’d meet.

Rules:
No OP characters
OCs are allowed
Two characters per user
Password is your favourite savoury food
Please have your character be at least a bit humanoid
Heros, Villains, both are accepted
No bunnying
Basic PH rules
Have fun :)
“If life closes a door on you, just open it back up. That’s how a godammn door works”
Oh I just can’t wait to be queen~
Would you like to be attacked before I count to 10 or after?
I revel in your misery 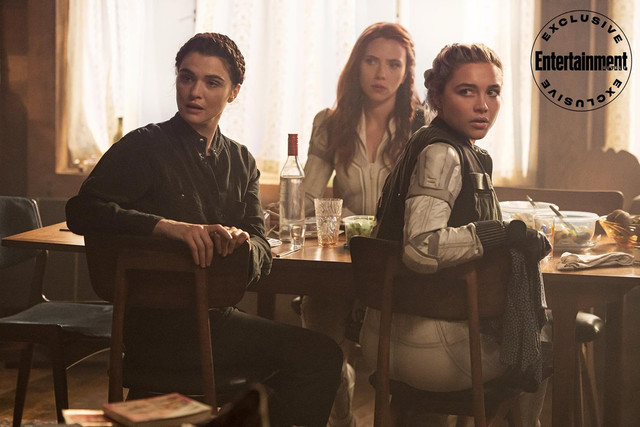 This awesome art and Avatar is made by Grietine! Visit her deviantart.
-Moth-

I have no idea what I'm doing with my life
Skye_in_daSky

Here are my two character forms:

ℙ𝕖𝕣𝕤𝕠𝕟𝕒𝕝𝕚𝕥𝕪: Bubbly yet calm, they enjoy some fun and like to see the light in every situation, their mind constantly searching for a solution. Friendly but cautious, they tend to emotionally attach themselves to things after having gained their trust, and it's very hard for them to let go of those attachments. Often misunderstood or overlooked, Gino has a powerful voice and constructive mindset, creative and intuitive they enjoy fixing the problems others are too blind to notice, or too weak to solve.

ℙ𝕠𝕨𝕖𝕣𝕤: Ability to time travel due to the amulet on their neck, can also communicate with animals.

𝕎𝕙𝕚𝕔𝕙 𝕕𝕚𝕞𝕖𝕟𝕤𝕚𝕠𝕟 𝕒𝕣𝕖 𝕪𝕠𝕦 𝕗𝕣𝕠𝕞?: the Dead Lands, a world where a centuries-long war caused the Earth to crumble away, leaving only a few barely standing cities and a max of a dozen humans left on the entire planet. One of the last survivors, Gino figured out how to survive in the desolate wasteland that was one of the last cities still left at least semi-standing, and they are living in that world with the other survivors. The amulet they use to time travel has broken somehow, and they got stuck in that time. Their time travel also makes their memory very bad, and they forget more and more of where they come from or who they are/were every day.

𝕋𝕪𝕡𝕖: Elf-human, their "freckles" actually acting more like tiny stars all along their body and signifying their magic heritage, allowing them to emit a small amount of light when it is dark.

𝕆𝕥𝕙𝕖𝕣𝕤: In their dimension they found and rescued an abandoned blue heeler-border collie puppy and raised and trained and befriended him and named him Arrow, are they allowed to bring Arrow to the school with them? They are also genderfluid and polysexual and will catch feelings for their good friend Coby.

ℙ𝕖𝕣𝕤𝕠𝕟𝕒𝕝𝕚𝕥𝕪: Intuitive, inquisitive, smart, sharp, curious, and clumsy. Those are the six words that would sum up this young man's entire personality in one go. Loyal to the core but unsure and cautious, Coby makes a great friend and an amazing engineer. Often finding it easier to work with machines than humans, Coby would spend his time in his dad's old repair shop, fixing things and making things, putting his imagination into his hands. Creative and fun-loving, Coby is often reckless with himself and would sacrifice a lot just to finish a project or save those he loves. He never felt as though he had a family, especially with his own family, and got picked on quite a lot in school. Coby comes from a rich and prestigious family that aided the 'bad' side of the war, and they never truly understood or liked him. He had predicted the Fall (what he calls the day in which everything went to crap), but nobody would listen or take him seriously, and now he lives off of his wits and skill alone, going slowly crazy in the isolation of the apocalyptic wasteland. Until... he meets Gino and Arrow, discovering he isn't alone on this awful planet, and decides to team up with them, surviving and living together.

ℙ𝕠𝕨𝕖𝕣𝕤: No magic powers, but he is very handy with tools, machinery, gizmos and gadgets and electronics.

𝕆𝕥𝕙𝕖𝕣𝕤: Panromantic-asexual, will catch feelings for Gino in the future, dunno if in this RP tho (both of these characters are two of my OCs, they're relatively new and I'm looking to expand on their story because I like them a lot).


Password: I don't have one (I don't really understand what that is I'm sorry)

Yes you are allowed to have pets, @Moth and @Suvichan, yall are accepted, lemme finish reading your forms first Skye, I just woke up
“If life closes a door on you, just open it back up. That’s how a godammn door works”
Oh I just can’t wait to be queen~
Would you like to be attacked before I count to 10 or after?
I revel in your misery

@Skye, accepted
“If life closes a door on you, just open it back up. That’s how a godammn door works”
Oh I just can’t wait to be queen~
Would you like to be attacked before I count to 10 or after?
I revel in your misery 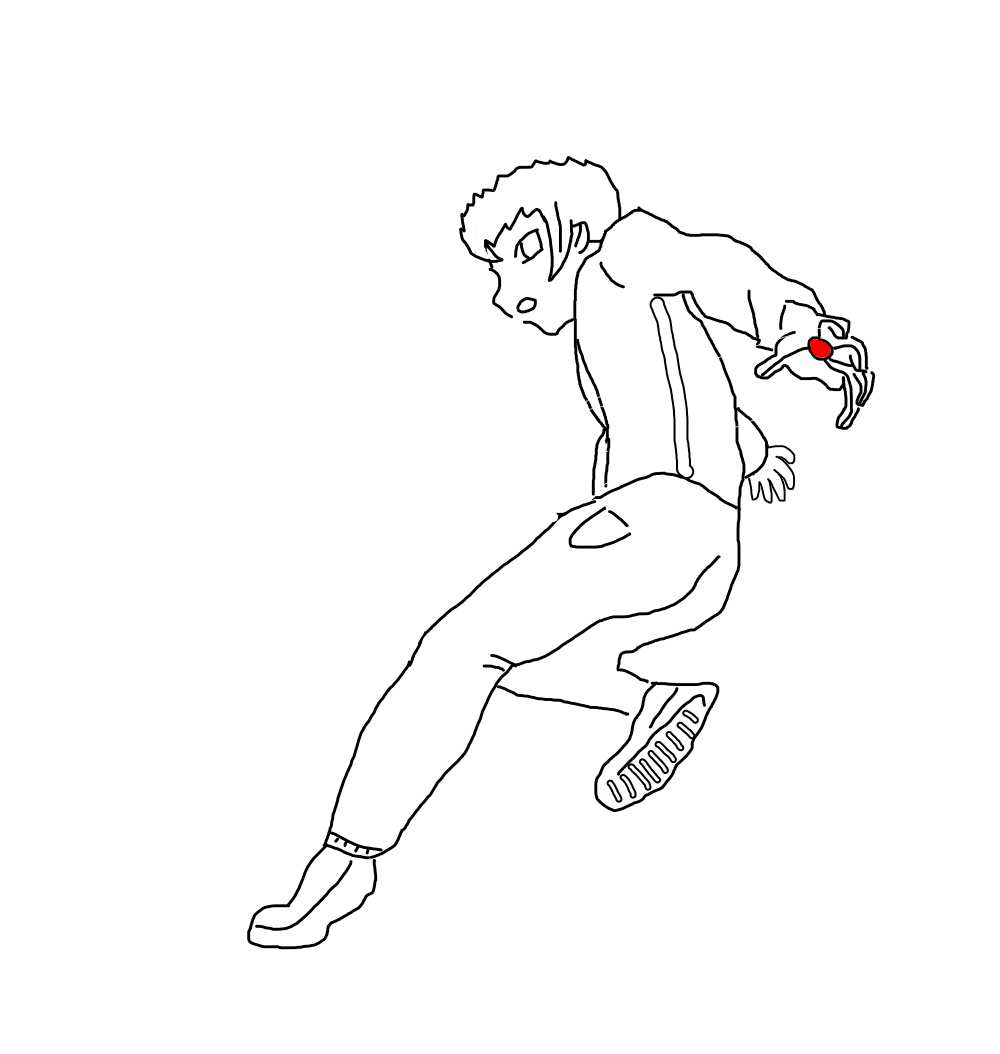 ℙ𝕖𝕣𝕤𝕠𝕟𝕒𝕝𝕚𝕥𝕪: good half: lacks morals when it comes to fighting, but will do his best to save everyone else
Bad half: He’s not exactly evil, but has the same goal as rey. He doesn’t care about what he has or anyone has to lose in order to achieve his goal, and thus is deemed as Evil. Both halfs can mix if both of them are able to cooperate towards one small goal, but for now, his good half dominates rey.
ℙ𝕠𝕨𝕖𝕣𝕤: Randomness: upon activation, a totally random quirk is unleashed, which will vary in power, which may range from benefiting him, doing absolutely nothing, or at worst, killing him. The quirk he gets is completely random, although there are ways for him to increase the probability of getting a certain quirk, such as ingesting another person’s dna will increase his chances of getting their quirk. Rey will have no control over his quirk. (btw quirk means power)
𝕎𝕙𝕚𝕔𝕙 𝕕𝕚𝕞𝕖𝕟𝕤𝕚𝕠𝕟 𝕒𝕣𝕖 𝕪𝕠𝕦 𝕗𝕣𝕠𝕞?: My Hero Academia
𝕋𝕪𝕡𝕖(𝕨𝕖𝕣𝕖𝕨𝕠𝕝𝕗, 𝕙𝕦𝕞𝕒𝕟 𝕖𝕥𝕔): Human
𝕆𝕥𝕙𝕖𝕣𝕤: this rp seems nice lol
Reminder to self: work on your signature here is the form:

@chewy… I think you’re forgetting something? Reread the rules :)

@werwerwer you too! And you’re also forgetting something else
“If life closes a door on you, just open it back up. That’s how a godammn door works”
Oh I just can’t wait to be queen~
Would you like to be attacked before I count to 10 or after?
I revel in your misery

ℕ𝕒𝕞𝕖:Gin Qin
𝔸𝕡𝕡𝕖𝕒𝕣𝕒𝕟𝕔𝕖:A small Asian boy at 5'1 who loves Bánh Xèo. He has short black hair and brown eyes.He mainly wears a blue shirt and black shorts.
ℙ𝕖𝕣𝕤𝕠𝕟𝕒𝕝𝕚𝕥𝕪:He loves to play jokes and is not liked at school.He tries to fit in but is often bullied by others.He is determined to get what he wants and will not stop at just watching it.He is a fast thinker and can lie to get out of most situations.
ℙ𝕠𝕨𝕖𝕣𝕤:None
𝕎𝕙𝕚𝕔𝕙 𝕕𝕚𝕞𝕖𝕟𝕤𝕚𝕠𝕟 𝕒𝕣𝕖 𝕪𝕠𝕦 𝕗𝕣𝕠𝕞?:Danganronpa - A game lead by Junko Enoshima the ultimate despair.He was applied to be part of Danganronpa v3 but wasn't accepted.He snuck into the facillities under the name Kokichi Ouma and nearly died.He only escaped by putting the real Kokichi Ouma in his place.
𝕋𝕪𝕡𝕖(𝕨𝕖𝕣𝕖𝕨𝕠𝕝𝕗, 𝕙𝕦𝕞𝕒𝕟 𝕖𝕥𝕔):Human
𝕆𝕥𝕙𝕖𝕣𝕤:Don't blame me for past mistakes.

DON'T BULLY ME
I can't take the pain no more

….Matt, you’re forgetting something too

All of you, go and read the rules
“If life closes a door on you, just open it back up. That’s how a godammn door works”
Oh I just can’t wait to be queen~
Would you like to be attacked before I count to 10 or after?
I revel in your misery

DON'T BULLY ME
I can't take the pain no more

I’ve rejected you not because of your password, but because of your past actions. You are not allowed to join any more of the roleplays I create, I’m sorry. But you broke more than four rules in my previous roleplay, and I’m not too sure if I can still trust you


@Chewy, I’ll accept you once you put the password
“If life closes a door on you, just open it back up. That’s how a godammn door works”
Oh I just can’t wait to be queen~
Would you like to be attacked before I count to 10 or after?
I revel in your misery