What is Mafia?
It's a lovely game which involves cunning, deceit, and wit.
There have been many versions of this game before. This is the fourth version on the site. The first version on this site is here.

Show hidden content
There are three parties in the game: Town, Mafia, and Third Party.
The Mafia wants to completly end the Town, while they wan't to prevent that. Thanks to that, the Town has developed a system of which every night, a person who gets the most vote is killed. However, the Townspeople won't be voting which others of their kind, as Mafia people will also pretend that they are Townspeople.

The way that this works is that each player is assigned a role that is assigned to a party. Below all the possible roles:

MAFIA ROLES
Goon - They can kill.
Godfather - They can kill, and if a Cop inspects them, they will appear as "Townie".
Silencer - They can remove someone's ability to talk the next day. A silenced person can still vote by pal padding the Overseer and the Overseer can say who the silenced person is voting if a living player asks.
Spy - They can spy one person each night. They will know the person's role.
Facestabber - They kill one person and then become a Townie.
Converter - They can chose to convert a player once in the game. If they are a killing role or third party role, the converter dies. If it is a townie with no killing powers, they gets converted to the mafia.
ALL MAFIA EXCEPT FACESTABBER KNOW THEIR FELLOW MAFIA. MAFIA ALSO DOESN'T KNOWS WHO THE FACESTABBER IS.

THIRD PARTY ROLES
Serial Killer - They can kill a person of their choice each night. They win if they are the last person alive.
Reviver - They can revive a person of their choice each night, though the revived person will have a different role, and the Reviver cannot decide which one. The Reviver looses its power after reviving three times, though they stay as a Third Party. They win with the town.
Sorcerer - If they are lynched (killed through voting), they select one person that lynched them and that person will die the next night. They win with town.
Zombie - The zombie can choose to bite a player every night. Mafia or Serial Killer can't be bitten. They win once everyone is converted/killed, i.e., only zombies are left in the game.

During the day, everyone talks and discussed who could be part of the Mafia. Including actual Mafia and Third Party, who pretend that they are Town.

During the night, everyone votes on who could be Mafia, and the one who gets the most votes is killed. Anyone who has special actions related to their roles will pal pad or PM the Overseer about what they will do.

The roles are decided when the Overseer Pal Pds or PMs you with your role. A new Overseer is decided everytime a round ends.

The duration of the day is decided by the overseer owing to a discussion with the players. It can be minimum 6 hours and maximum even a day. But, The recommended time is to be 12 hours each. Too long durations will make the game boring, and too short duration will result in people not being able to act.

Show hidden content
-You ARE allowed to lie about your role.
-If your dead, you can't talk in the game nor with people on the game about the game.
-You are NOT allowed to use screenshots as evidence of anything.
-Have common sense.
-The Doctor cannot save the same person 2 times in a row and the Guard cannot guard a person 2 times in a row.
-The spy and cop each will get to know the roles they decide to check after the night ends, and not as they send the overseer the message.
-During the Night results and if the Overseer is saying who a silenced person is voting, the silenced person shall not be specified.
-If a player who was a Mafia member gets revived into a Third party or Town role, they are not allowed to reveal who the Mafia people are.

Guide for the current overseer:

Show hidden content
You are always free to have your own personal ways to assign people roles (as long as its not biased).

Keep in mind that if the town does not gets a killing role at all, you can give someone a town killing if they were originally going to be a townie!

A minimum of 7-8 players are required before starting a game.

To get in a round, just post!
And for questions (if needed), PalPad me (Suvichan)!
Overseer Applications!

This awesome art and Avatar is made by Grietine! Visit her deviantart.
-Drago 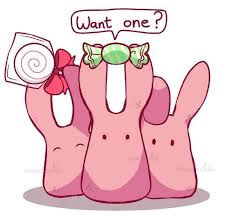 I will join
Does anyone even read these?

Every Sprite belongs to hopelin 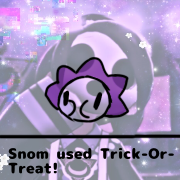 “I’m here to hang out, have fun, and do whatever!”
-Spyder
“ If you’re ever feeling down and alone, remember...
There’s probably a bug in the house somewhere”
-Spyder
Suvichan

Guys please share the word so that more people can get to know about it and join quickly. We need at least 7-8 people for one round, but the more the merrier. Also, as fast as people the join, the quicker will the game begin.

This awesome art and Avatar is made by Grietine! Visit her deviantart.
LukeArch87

I'll probably mess it up, but I guess I'll try.
I might sould like a bot, but I'm alive
P.H. Times
TheIntelligentLatios @BanzhanMushroom
Hello, mind if you visit my profile and say hi?

The world is grey
It always have been
Thanks for reading, bye
Avi by ~KawiiDino~
@-aishiteru Me joins.
My sprite shop

Sure- anyone can- unless mentioned-

This awesome art and Avatar is made by Grietine! Visit her deviantart.
RedTheHalfShinyVulpix Could I have the pleasure of joining you? 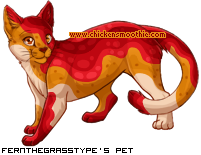 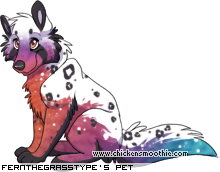 I want to join!

*joins* hello
watch me not get any roles
No
Ralxen I want to join plz

I would love to join if possible!


“Sheesh! You said you guys were all going to attack together, and I believed you!"

Every participating member will get to know their roles in a moment.

Townspeople: As of now, you guys are just going to have to take note of suspicious behavior.
Discuss in the thread.

**If you have a power or want to kill, please send me the user you want to use it on via PP**
Votes are needed ASAP by every participating member. The maximum voted player will be lynched at night

Mafia, you will all know your partners momentarily.
Decide a strategy to kill as many Townspeople as you can.
Meanwhile, fool the Townies into thinking you're one of them.
If you have a power or want to kill, please send me the username you want to affect.

This awesome art and Avatar is made by Grietine! Visit her deviantart.