Welcome to the Warrior Cat Sign Up form! Please don't name yourself an original character from the Warrior cat series, create your own name! And here are some roles. BTW, if you are in StarClan and you want to live Clan life again, you can make a new character by making a new one in this sign up. Loners and rogues and kittypets can join Clans. If you have any questions about this Warrior Cats, PM me. Here is the link to go back: Warrior Cat Roleplay! And if you want some powers, PM me.

Show hidden content
Warriors (many)
Medicine Cats (1)
Medicine Cat Apprentice (1)
Leaders (0)
Deputies (3)
Apprentices (many)
Kits (many)
Queens (enough to fit in a nursery)
Elders (many)
StarClan cats (many)
Kittypets (many)
Rogues (many)
Loners (many)
If I've forgotten any other roles, PM me.


There is no maximum.

Show hidden content
Username:
Gender:
Name:
Clan: (If you are from StarClan, please say your original clan)
Role:
Description:
Kits or mates: (If you are a queen or a warrior)
Apprentices: (If you have any)
Mentor: (if you are an apprentice)

Username: TheDiamondEevee
Gender: Tom
Name: Nightpaw
Clan: ThunderClan
Role: Apprentice
Description: Looks like Moonpaw but has spots. Is brother to Moonpaw. Mentor is Laurelheart.
Secret: Has the power to hear voices from far away and can read minds sometimes

Username: TheDiamondEevee
Gender: She-Cat
Name: Heatherpaw
Clan: RiverClan
Role: Apprentice
Description: Is a beautiful gray cat with a dark stripe going down her back. Has a few spots on back. Has blue eyes and is a she-cat.

Show hidden content
ThunderClan
Leader: Frogstar (gregoryk) - Is gray with one green eye. Has just one eye. Is a tom.
Deputy:
Medicine Cat: Meadowfeather (Mhaila) - All black with blue like colored stripes
Medicine Cat Apprentice: Moonpaw (TheDiamondEevee) - Has blue eyes and a dark pelt. Is sister with Nightpaw. Is a she-cat.
Warriors:
- Laurelheart (Tsukoyomi) - A snow white tom with sharp blue eyes. Apprentice is Nightpaw.
- Silverwave (SilverFox) - Light orange tabby with a light bluish and white muzzle with white paws
- Mouseclaw (Tsukoyomi) - A thin mousey brown she-cat with sharp yellow eyes and large ears.
- Blazetail (Corviknight) - Small white tom with amber eyes and a long, fuzzy ginger tail.
Apprentices:
Pinepaw (FurryStar) - A light brown cat with white paws and white dappling the tip of her muzzle and a pink nose. She is stubborn, and doesn't back down from a fight easily. She is one of the only cats in ThunderClan not afraid to swim.
- Nightpaw (TheDiamondEevee) - Looks like Moonpaw but has spots. Is brother to Moonpaw. Is a tom. Mentor is Laurelheart.
- Foxpaw (SilverFox) - A whiteish black tom with a grey muzzle and brown paws
- Strongpaw (FurryStar) - Muscular black cat with green eyes. Is bold, loyal, protective
Queens:
- Cedarquill (Shadowsinger) - She-cat with green eyes.
- Dawnstripe (Tsukoyomi) - Cream colored she-cat with brown markings and blue eyes. Kit is Skykit
Elders:
Kits:
- Skykit - Mother is Dawnstripe.

SkyClan
Leader: Tawnystar (Tsukoyomi) - A sickly golden she-cat with black dapple patches over her fur.
Deputy: Falconfeather (AmblosiaEverfree) - Has brown, cream and black markings like a falcon, was a former kittypet in a faraway town, when a fire forced her to go to the forest.
Medicine Cat: Tigerwillow (Tsukoyomi) - Furry russet tabby cat with yellow eyes. Is a tom.
Medicine Cat Apprentice:
Warriors:
- Mothdusk (Corviknight) - A grey and brown tom with white and black speckles and amber eyes.
- Hawkear (SilverFox) - Brown tabby with red eyes.
Apprentices:
- Flamepaw (TheDiamondEevee) - Is orange and red like a fire. Has green eyes and is a tom.
Queens:
- Shadeclaw (FurryStar) - A dark grey cat with blue eyes. She is strong and viciously protective of her family. Kits are Skunkkit & Solkit. Mate is Eclipse
Elders:
Kits:
- Skunkkit - Black cat with a long white stripe going down her back that ends at the tip of her tail. Mother is Shadeclaw.
- Solkit - Calico cat that is mainly black with a white underbelly, white ginger spots dappling her back. Mother is Shadeclaw.

Outside the Clans:
Rogues:
Loners:
- Eclipse (FurryStar) - Orange and black loner that visited SkyClan and lives just outside their territory. Mate is Shadeclaw. Kits are Solkit & Skunkkit.
- Nightmare (WarriorsFan) - Completely black with yellow eyes.
- Waterstrike (AmblosiaEverfree) - White with ginger patches, former Clan was RiverClan, is a loner right now. Name used to be Softstrike in RiverClan, Rogue name was Water, and loner name is Waterstrike. Kits are Windy, Earth & Fire. Mate is Thornpaw.
- Thornpaw (AmblosiaEverfree) - Used to be part of RiverClan, lives with Waterstrike. Mate is Waterstrike, kits are Windy, Earth and Fire.
- Windy - White with ginger stripes
- Earth - black with brown patches
- Fire - White with black spots like it was in fire
Kittypets:
- Carrots (FurryStar) - Black cat with yellow eyes. Knows how to mess with people. Lives near ShadowClan and often interacts with them.

Other animals:
- Jupiter (AmbrosiaEverfree) - A tawny owl who has the ability to speak with StarClan. Has the rest of the prophecy. Is a she. 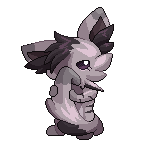 Username: AmblosiaEverfree
Gender: Female
Name: Falconfeather
Clan: Skyclan
Role: Deputy
Description: FalconFeather has Brown, Cream and black markings like a falcon, She was a former Kittypet in a faraway town, when a Fire forced her to go to the forest. 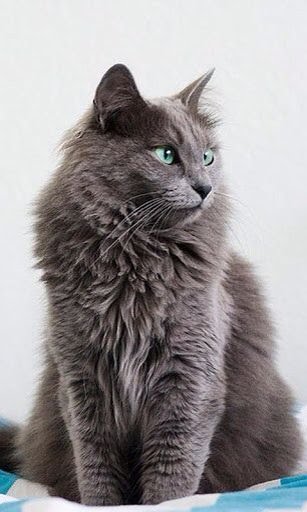 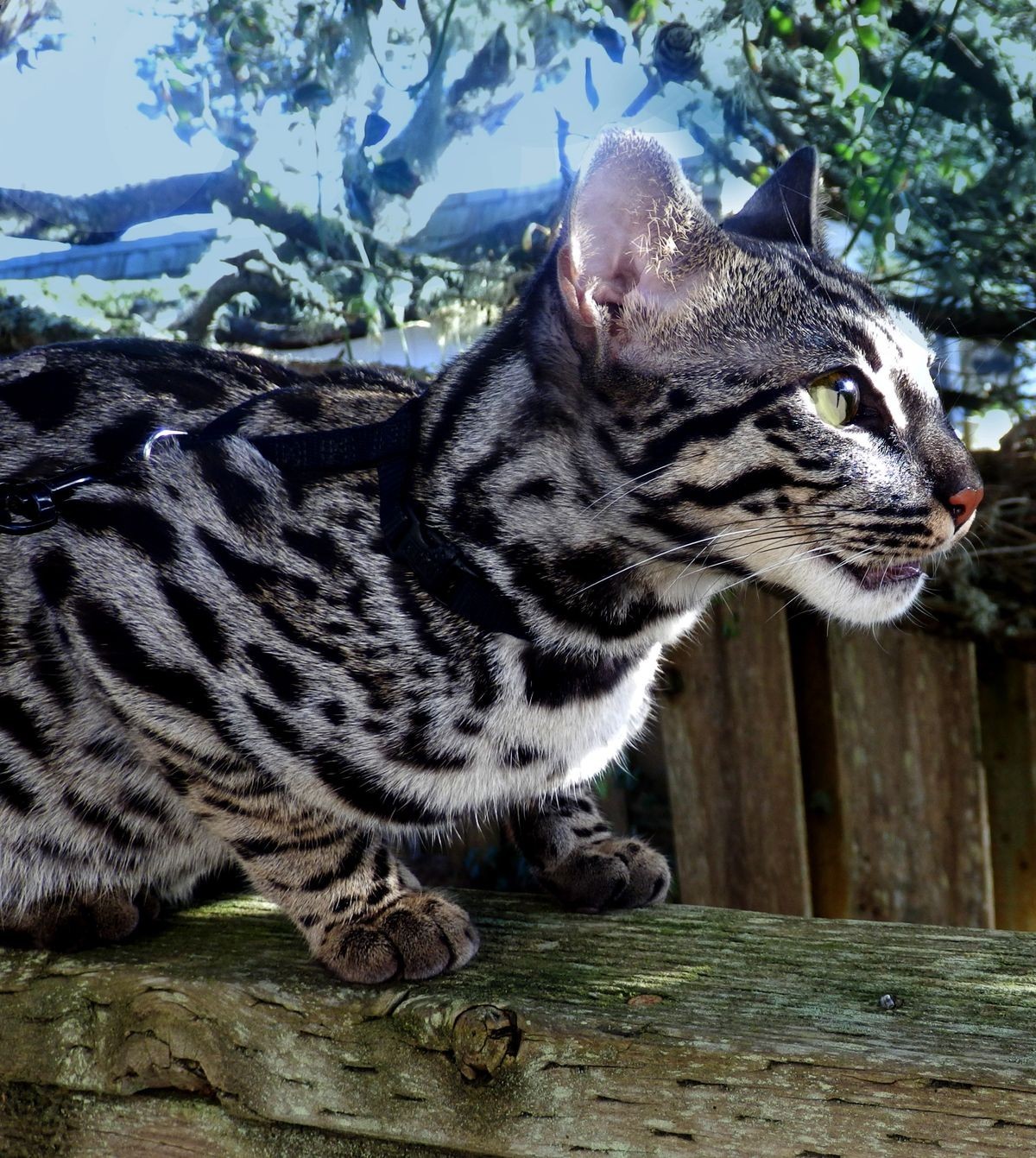 [A grey tabby She-Cat with grey markings and bright green eyes. Sister to Mistfur]
Kits or mates: She might have a crush on Lakesong...
Apprentices: Open
Mentor: n/A 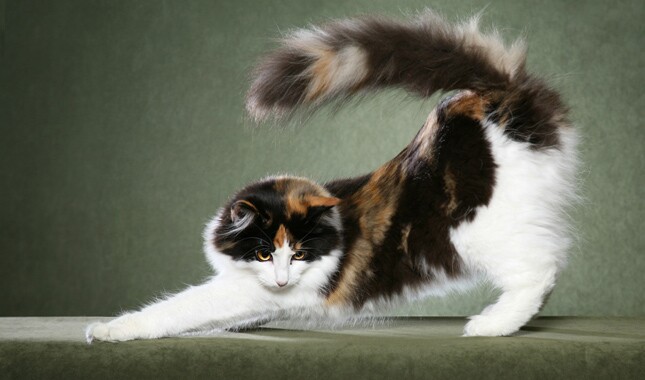 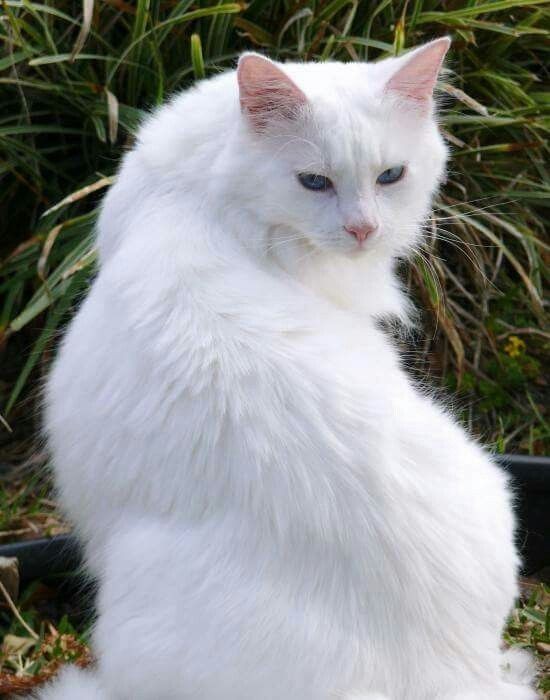 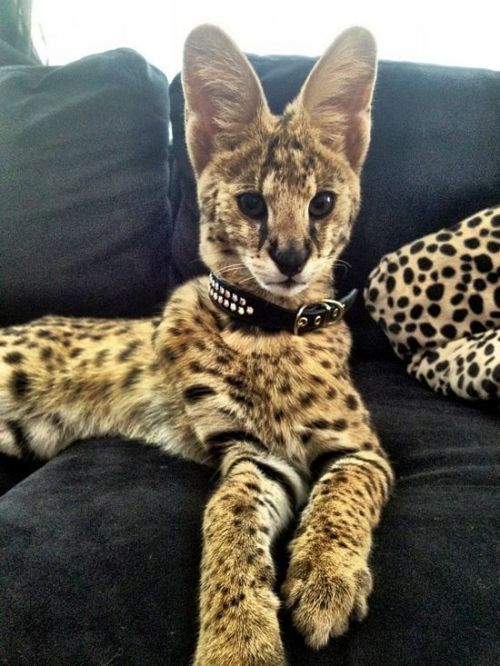 [A sickly colden she-cat with black dapple patches over her fur. She has dull brown eyes]
Kits or mates: Open
Apprentices: Open 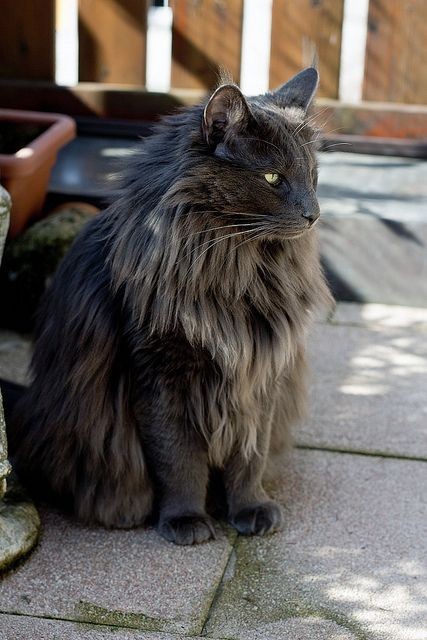 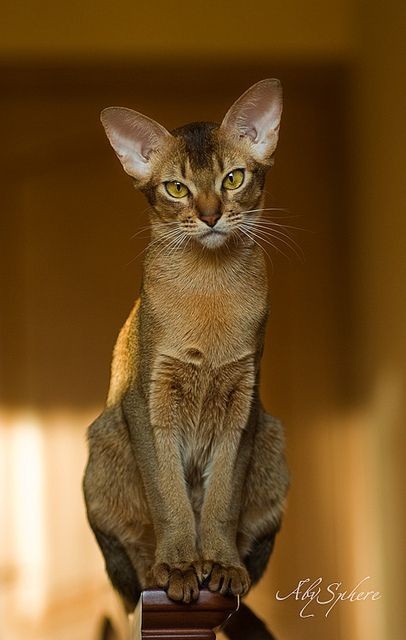 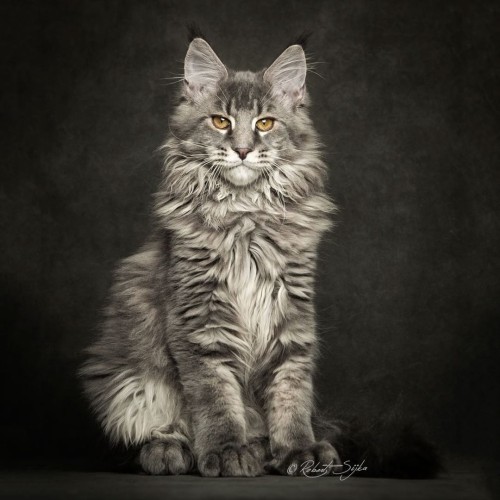 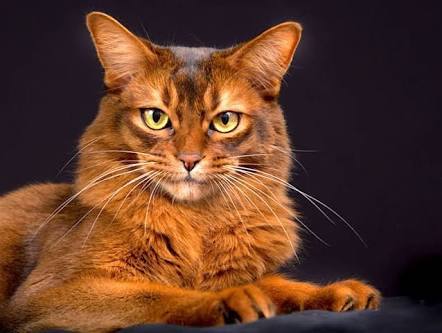 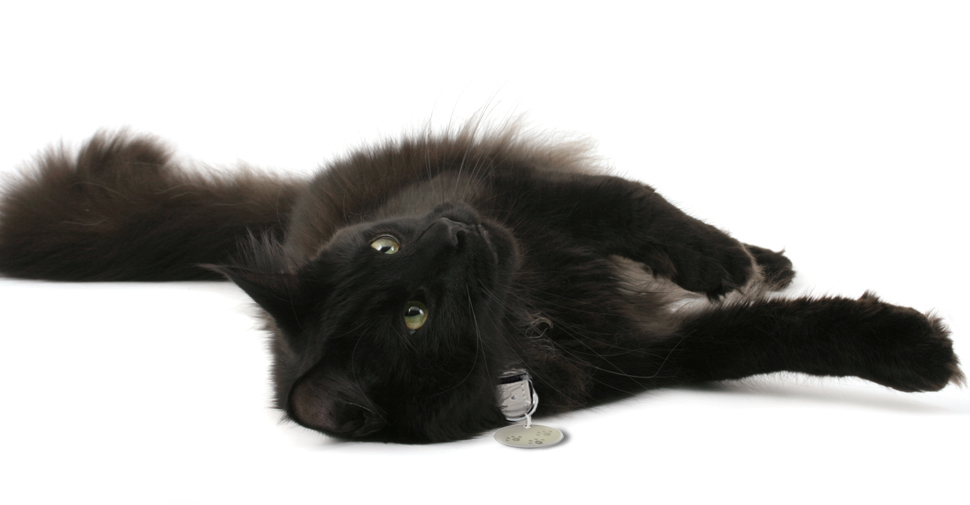 Username:FurryStar
Gender:Female
Name:Pinepaw(Pineleaf)
Clan:ThunderClan
Role:Warrior apprentice
Description:A light brown cat with white paws and white dappling the tip of her muzzle and a pink nose. She is stubborn, and doesn't back down from a fight easily. She is one of the only cats in ThunderClan not afraid to swim.
I liek vulpix

@Gregoryk, would you be okay if Lakesong was Amberpaw's mentor? Feel free to say no

im not at all good at writing training sessions so i'd rather not have my characters mentor anyone, sorry! <3 Username: SilverFox
Gender: Male
Name: Foxpaw (one day when he becomes foxtail as a warrior)
Clan: ThunderClan
Role: Apprentice
Description: a whiteish black tom with a grey muzzle and brown paws
Kits or mates: none
Apprentices: none

Shop banner made by MetalHeadKendra

Cool halloween avatar made by MetalHeadKendra

I'm gonna have quite a few characters, only because I want to make WindClan (best clan) alive

Username: gregoryk
Gender: female
Name: elmblaze
Clan: whatever clan needs a mentor, i forgot which it was
Role: warrior
Description: click
Kits or mates: n/a
Apprentices: whoever needs one

if no one needs an apprentice / mentor, then just put them in roles that need to be filled!
Mentor: whoever needs one


Mentor:None yet?(if you are an apprentice)
“Lysithea. You and I are so alike. We could have walked the same path.”
“We’re alike? You don’t mean to tell me...It can’t be!”
“Yet now, we’re at a crossroads. There’s no turning back. Must we fight each other for the things we believe in?”
“That’s exactly what’s going to happen. And I will defeat you, Edelgard!”
Avatar by Moonsnow!

Join this! A new RP by my friend!
TheDiamondEevee