Icon to Know if Legendary is Present in Safari Zone

*clears throat* This essentially explains itself, and is pretty simple, but for some back ground, Llorona and I were talking about how it would be nice to have some sort of indicator in the Safari Zone that lets you know when one of the legendaries (Tornadus, Thunudurus and Landorus) are actually present in your Zone.

This would save people from wasting time playing the game, not being able to catch anything [if they were shiny chaining], and not knowing if what they're looking for is actually there or not. Just like, using the rock's sprites and having them be off to the side of the Zone screen to indicate the presence of the Pokemon.

Additionally, if a person is using the "slow down" method while chaining, the rock icons have a chance to appear during a Zone run if one of the 3 Legendaries spawns in later. 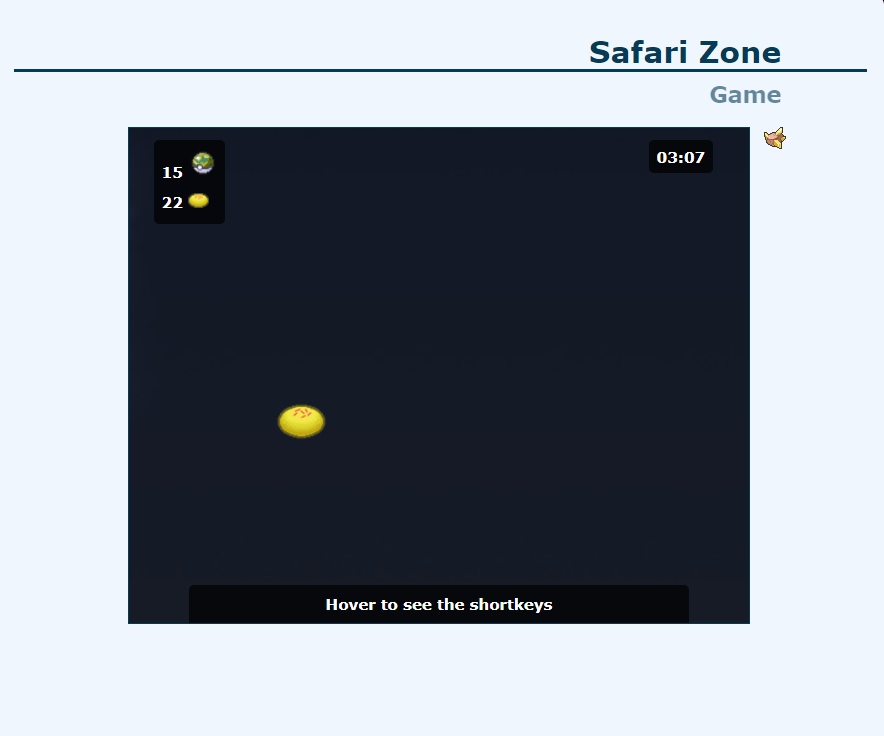 A list of all Pokemon currently present in your zone. Updates in real time, if and when a Pokemon is caught or is spawned in.
A Pokemon you're shiny chaining will appear with a • next to its icon. 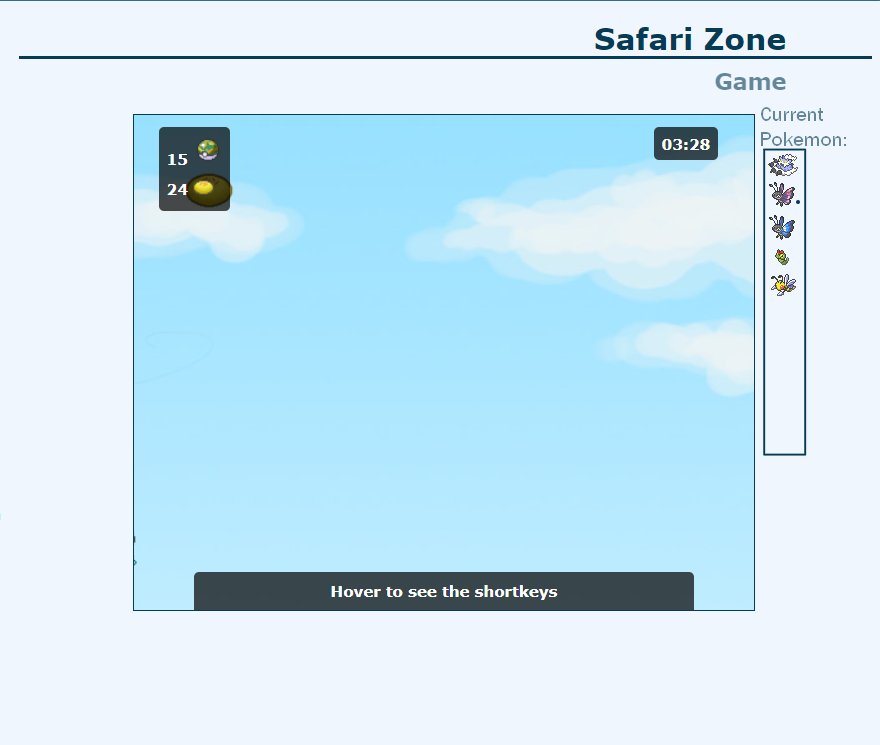 Kitties! Riako has no idea what he unleashed with that update🙀
Collecting Lovely Larvesta and Silly Seel Plushies~
Looking for Ice Gems and Flying Gems here! Help me hunt a Shiny Articuno!
(You can win your own non-shiny Articuno in return)
Breeding events for the cause here!
-Moth-

Support! I think this would make things a lot easier, and since personally the rocks are the only apeal for me from the Safari Zone, I think it would be a great addition.

I have no idea what I'm doing with my life
C0FFee

Not only Legendary, but what if there was a way to kinda bookmark a pokemon / 2-3 pokemons and if they appeared in the next safari hunt you play, youd directly know its there instead of waiting... this will help even those who arent hunting legends but are hunting other mons, expecially vivillons... whats your opinion
Furret

@C0FFee - I thought about that as well but I wasn't 100% sure on how one would go about labeling the rest of the Pokemon in the zone. I do like the idea of a "book mark" sort of deal where you can pick the Pokemon and have it save, but what would be used an icon indicator for the Vivillon and other Pokemon? ^^

Maybe use the smaller icon sprites shown when you look at the storage box? It would show what pokemon is there without it taking up space.

Otherwise support both ideas of bookmarking pokemon or showing when a Legendary is there.

Everything is going to be okay
Furret

Box off to the side, mini sprites of each Pokemon present in the zone, would add in more if different Pokemon spawns in and would show the shiny star next to any shinies?

I think the shiny star should indicate the pokémon you're chaining, not shinies themselves.
Credits for avatar to ~Cookie~

Kitties! Riako has no idea what he unleashed with that update🙀
Collecting Lovely Larvesta and Silly Seel Plushies~
Looking for Ice Gems and Flying Gems here! Help me hunt a Shiny Articuno!
(You can win your own non-shiny Articuno in return)
Breeding events for the cause here!
Furret

Oooo okay if we went that route I feel that maybe it would just be a circle ○ next to the pokemon then :) I would get confused if there was the shiny star and it not actually being a shiny^^ but singling out the Pokemon you're chaining is a good idea!
BoomBoy

full support :D i also agree with CatLady, it should indicate the one youre chaining because otherwise its a bit easy. but definitely support for C0FFee's part as well, the bookmarky thing :)
I'm trying to get every Kalos shiny! Track my progress here

ps sorry for any excessive use of ASCII smileys/ellipses above :)
Furret

Okay, I edited in the new version of the suggestion. Thank you lovelies for the feed back!! <3
Kimie support, love this suggestion and as icon it could be like a blue 'shiny' star for the current chain XD

it would be handy however i know spawns change and spawns also can be manipulated by slowing stuff down to increase spawns to playing regardless would help but if your a person like me who throws 15 balls to quit within first min it would defonatly help.. the thing i would loveeeeeeee to see is the removal of shift being held down... Well, It had the word game in it. AN AMAZING SUGGESTION! I wasted something like 50k PD to find a thundurus...This suggestion would at least help me to know if the thundurus is there or no!

And her too!
And make sure to visit this shop once in a while!
PichuMaster

I think that an icon to show that a legendary appeared in the safari would be really helpful
I don't know what to put in this so I am just going to put a few things that I like to do.
1. I like to read and play games
2. I like to play sports
3. I like to watch anime{if you guys have any suggestions on what to watch please let me know)
4. I love animals
Furret

Yes, definitely! They're so rare if you're not chaining them and even then you can have dry spells, I'd just like to know if one's floating around out there somewhere.~
Furret