Everyone has been making askblogs recently, so I thought "Why not try it?" So here are my OCs

Meka, Mew, One of three Mew sisters. Pranks/plays with Team eclipse a lot

Flick, Mewtwo, has no friends, and doesn't want any

Current, Shiny Suicune, Currently a spirit who died protecting Kiwi from an attack. Sort of like Kiwi, UwU, and Silver's guardian


Ask away!
Train with Team Eclipse!

@Everyone, describe yourself in 10 or less words

@Everyone but Nova, story of your evolution, and would you rather be a different eeveelution?

@Nova, you apparently can't evolve if I remember... I'm really not sure sorry if I got that wrong, but what would you want to evolve into?
TheSoulFamily

@Shadow Howdy my umbreon pal I'm Shade and I'm curious... What is the most weird dream ya had!
~Profile Picture created by LucarioLover99~

Q: Describe yourself in 10 or less words

Q: Everyone but Nova, story of your evolution, and would you rather be a different eeveelution?

A: Kiwi: I stared at the river waiting on a water stone to come to me. After I made the rescue team and we completed our first mission, I found it. I swam the rest of the night and splashed my siblings that morning. *Giggles a bit*

UwU: Well, I was out chasing butterflies one day, I caught a super pretty one, got happy and evolved. I'm not joking! *Laughs*

Silver: On the first rescue mission with Kiwi and UwU, me and Kiwi were still Eevees. It was just me and Kiwi, and to protect her, I evolved. We were fighting Dark types, by the way.

Buttercup: Huh...the one time I was fighting a watchog...it spit some flower seed, which landed in a wound just below my ear, and started growing from inside me. We found a moss rock and I evolved near it, causing the seed to bloom into the flower below my ear. Also, it talks to me...

Roxie: I evolved a little after Buttercup did...I was helping Echo and her get over their stuff, and I evolved out of love and concern

Echo: I...long story. I went on this crazy journey with some evil darkrai created by humans and evolved because of it. That, and the support of those idiots. *Lovingly flicks tail at Buttercup and Roxie*

Dandelion: Nothing crazy, just evolved due to living in the woods

Shard: Same story as flower head. Just change it to snowy mountains. I moved to the woods to get away from my stupid sister

Floofy: I...was running away from some bullies when I was younger. I stumbled on a fire stone and they left me alone

Spike: I found a thunder stone in a cave I was exploring

Shadow: I found myself happy in the shadows, and evolved. I called myself Shadow after that

Q:Nova, you apparently can't evolve if I remember... I'm really not sure sorry if I got that wrong, but what would you want to evolve into?

A: Nova: Correct, I can't evolve no matter what I try...as to what I'd choose...hmm maybe a vaporeon like Kiwi! Or..a Sylveon like Roxie! I...still don't know...


Q: Shadow, Howdy my umbreon pal I'm Shade and I'm curious... What is the most weird dream ya had!

A: Shadow: This one time...I dreamed of this weird Kyogre Lugia fusion....it wasn't pretty at all. Like a wailord with a long neck

Q: Sort everyone into hogwarts houses and/or dnd allignments!

A: Not familiar with DND, but I can try Hogwarts houses

Slytherin: I don't know If I'd put anyone there.

I'm curious if anyone would categorize them differently
Train with Team Eclipse!

Bumping this up because I'm bored
Train with Team Eclipse!

UwU I want to know who named you
BlackReshiram

Q:UwU I want to know who named you

A: UwU: This Mew I played with a lot named Kyra did. My adopted father didn't approve, but according to everyone, I was already responding to it before he could change it!
Train with Team Eclipse!

Let's see...what do you guys do for fun? 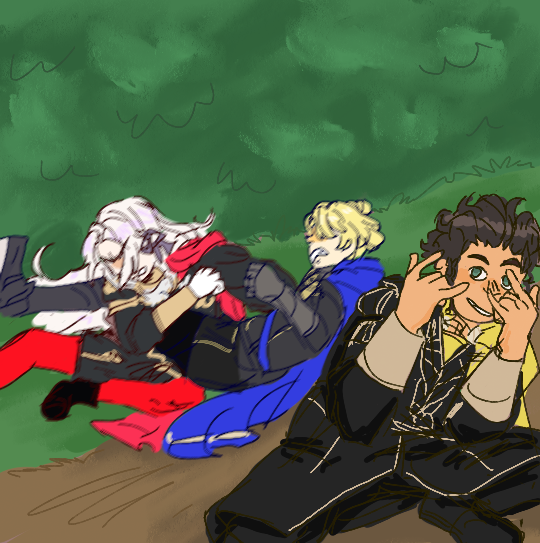 A: Kiwi: Swim, make bubbles, and splash my friends!
UwU: Build my butterfly wing collection! It's what I do when I catch a butterfly! *Shows green scarf with severed butterfly wings woven into it*
Silver: Chase Shaymin around, and Build friendship bracelets!
Buttercup: Well, basically gather berries in the woods with friends! I also have this obsession with rivers and streams in forests and staring at them. Apparently it's a Leafeon thing
Roxie: Same as Silver! I also like to sing and dance. Did you know that Spiri could sing?
Echo: Spend time with my boyfriend. I prank people sometimes by entering their dreams!
Dandelion: Same as Buttercup with the rivers. Me and Shard love to set up competitions with each other! It's fun to win them!
Shard: Yeah, compete with Dandelion. I also like making ice sculptures. Ice skating. Blowing frost on people I don't like
Floofy: Playing with Nova! I also sometimes watch my own fire at night
Spike: I make rainbow lightning shows at night for Shadow! I also like racing people!
Shadow: I like caves with rivers, the sound of water against rock calms me... I also like to battle sometimes
Nova: I play with my friends! Eclipse, Meka, Arrow, Kyra, and Latias!
Train with Team Eclipse!

Typhoon are open for questions as well. I'll add them to the first post!
Train with Team Eclipse!

@Typhoon Howdy! It's me Shade! How's it been?
~Profile Picture created by LucarioLover99~

Q:Typhoon Howdy! It's me Shade! How's it been?

A: Typhoon: Heh, well, it's been great, Shade! I've gotten to relax now that I've discovered this paradise with Kiwi and her friends. I needed a break from that school stuff for a while. Hmm...maybe I'll send Luna here...
Train with Team Eclipse!

@Everyone I made a new Milkshake/Cupcake combination try them out and tell me your opinions! Also Hi again Reye and Winter!
~Profile Picture created by LucarioLover99~

Q: Everyone I made a new Milkshake/Cupcake combination try them out and tell me your opinions! Also Hi again Reye and Winter

Kiwi: It's very sweet *The rest of team eclipse nod*

"Typhoon! Hey hey! So this is where you've been! Um...have you been alright?"

Q:"Typhoon! Hey hey! So this is where you've been! Um...have you been alright?"

A:Typhoon: It's been great! You should really check this place out! It's a legendary paradise! I hope you've been doing great as well, and glad you could stop by!
Train with Team Eclipse!

*giggles and bounds up to him* "I hope you've been relaxing...you have haven't you? Anyways...how did you come across this place?"

Q: "I hope you've been relaxing...you have haven't you? Anyways...how did you come across this place?"

A: Typhoon: Meka led me here, surprise surprise. She was playing with Winter, and ended up inviting me here. And don't worry, I've been enjoying myself...this other guy, on the other hand

Flick Can now be asked. If you dare, anyway