You really dont realize how cringe a song is until you hear it seven years later...
1 Day ago

Thank you, Gem Cauldron. I really appreciate waiting 24 hours for a black mystery box. 👌
2 Days ago

I didnt expect so many people to like the mega Frosmoth sprite. Im so glad you all do. You all are honestly too sweet, and your compliments mean the world to me. Thank you! /( ;﹀; )/
3 Days ago

AAAAAAAAAUGH. Oh. My. God. My Frosmoth got released today AND I hatched an SM. I cant believe I woke up to this. Im already having the best day ever.

Me: Alright. Places everyone, places!!!
4 Days ago

#CalyrexHatchesToday by Rainbows
4 Days ago

Have the odds of Ditto appearing in the lab been increased or something?? Riakos most recent feed along with these feeds Im seeing about people seeing a bunch of Dittos in the lab has me suspicious. 🤔
6 Days ago

"ok giveaway time. in honor of my anniversary which is next month but hell next month i've got lot on my plate complete so a giveaway then wouldnt be good.
to enter:
heart this feed
2nd way to enter for 2 entries:
say something nice about a user. the user needn't be active anymore just the fact that they were nice to you should be enough

Im sitting in class overhearing a conversation about relationships when my 40-something year old teacher goes "Well, I dont really believe age should matter. Relationships are about two people in love. Its all about the love."

I cant tell you how badly I want to steal this guys info and send a whole SWAT team to his home.
8 Days ago

Im watching the creation of something truly extraordinary. ❤
9 Days ago

You can also comment your answer here. Id love to know what your favorite is. ^^
9 Days ago

Im having way too much fun with this depressed cat. She may be busted, but boy is she a blast. ❤
10 Days ago

You ever spend 20 minutes meticulously planning out how youre going to carry on a conversation with someone you wanna be friends with just to get ready to talk to them and have a complete confidence fail?

Some of the prices Ive seen these Milcerys go for is just ridiculous, man. Im so grateful for you generous sweethearts who are giving them out cheaply or for free. Thank you. ❤
11 Days ago

With all this hype, I dont see myself getting this new baby until a whole month after its release. 😞
12 Days ago

Does the icon to heart a feed look different or am I tripping...
12 Days ago

Just for the record, I never intended to scam anyone who might have wanted to purchase my Absol for 5K nuggets. At the time, I wasnt at all familiar with SM prices, so I asked others for their opinion on how much it was worth. Based off some answers I got, I set the price and deleted the feed since I no longer had questions. Later on, someone helped me correct my price.

Apparently, there are people who think I initially set it so high because I wanted to get over on an unknowing SM buyer, which wasnt ever the case. I know what its like to have something valuable taken from you, and would never even think about doing something like that to another person. Looking back, I shouldve looked more into things and left my questions around as proof, but I didnt know people would take my actions that way. Im really sorry I messed up and risked scamming someone who mightve offered what I was initially asking for.

This feed may not change your opinion, but I hope it clarifies things a little. 💔
13 Days ago

I was just offered $50 to watch a full playthrough of Dark Deception.

Turned it down without a second thought. I value my sleep too much.
15 Days ago

Riot Games: We were going to make her an artillery mage, but we just decided to go with a traditional mage.

Also Riot Games: *then proceeds to show Vex diving into a teamfight from 5,000 feet away and one-shotting everyone while simultaneously having 50+ gap closers.
16 Days ago

Lover of all kitties


Hi there! Thanks for stopping by! You can message or PalPad me if you just want to say hi, need help or want to have a lovely chat about something completely random. I promise I won't bite you. ^^ 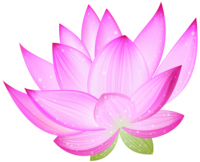