The red moon rises in the night sky once again. Perhaps, once, when you were younger, you remember them being less frequent. But as the years have gone by, they are more frequent, and it's noticeable. Not just you - everyone has begun to notice, but no one knows why.
School starts in the morning, you should probably get some rest. Not to mention that training test to assess class ranks for the first quarter....

Scarlett growls, pacing back and forth. She grabs her door handle, jerking it, and is irritated that it's locked from the outside. She satisfies herself with a large hunk of meat.
-NeoSanchez-

Kendo was training. It didn't matter to him anymore. He hacked away at a wooden training dummy with his axe and sword. His movements were fluid, but powerful, applying force at the exact moment of impact with his axe, and using his wide-bladed sword for defense, blocking the spinning limbs of the dummy with his sword, and slashing with the axe. He was starving. It didn't matter.
The internet ruined me.

Class starts tomorrow. Great. And they would be sorted into ranks... Not that she hadn't done extremely well in the past few ones, but still. And why was there a blood moon again!? Wasn't the last one like a week ago? Athena was worried. And the best thing to do when you are worried? Study. Study study study. Or go sneak around a bit in her fox form. Too bad it wasn't the best color for sneaking at night. Bright silver and white stood out very clearly. Grabbing a textbook, she curled up on her bed and began reading at an extremely fast speed.
"The worst way to die is due to post deprivation." - Athena 2022
RoyalUltima Kaori just woke up from a 30-minute catnap. She yawned widely. 'Ugh. Why do I keep waking up early?' she thought grumpily. 'Might as well get up' she thought, and transformed back into a human. She grabbed her notes, and started to rewrite them. Color coding, organization, the usual Pusheen in the corner... that was all that her notes needed. When she finished, she again transformed back into a cat and slept...
"What it means to be a best friend is to be loyal and show that you care for them. Sharing and receiving that shows that you are a best friend to them, and they are a best friend to you. Being a best friend is hard work, but it's worth it when you meet your bestie every day and show that you care about them, and see that they care, too."
*AGGRESSIVE ASIAN PATTTT* Charisma was too in his room organizing some things for school tommorrow, casually ignoring the existance of the blood moon. After he was finished, he stopped for a moment and took a look the quartz necklace he was given to a long long time ago, to the point he cant even remember. Whatever Charisma thought before crawling onto bed, trying to fall asleep.
"Forests may be gorgeous but there is nothing more alive than a tree that learns how to grow in a cemetery."

Sobble was walking around the area. "I am lonely, I hope I find friends soon." Cath was studying in the training wing. She wasn't superstitious by nature, but even she knew that it was unlucky to walk under a blood moon. So subsequently, she was trapped in her self-imposed exile. Kendo was hacking up the dummies again; while the school was always complaining about having to get new ones, Cath hadn't told anyone it was him.

She was a dark mage, which meant that she was feared by many. And because her magic was dark, they assumed she was evil. Well, "The cold never bothered me anyway," and all that. She continued to work on the things she could change, her extraordinary intelligence being one of them. there was always another book to read, another page of notes to take. She stretched out on the bleachers and yawned. it would be a long and uncomfortable night, but she didn't really care.
Technoblade never dies!

Lucinda was nervous, so she was training and studying as usual, knocking an arrow into her bow and letting it fly into a paper target, or reading books and learning more things. Most of her arrows hit bullseye, but 1 or 2 missed and hit the outer rings, she groaned and tried again. Then she peered at her calendar, wait what- the blood moon!? She wrentched a book out of the shelf and started to read
AprilxSkye Ayran walked through the hallways, looking around with little curiosity. He was just here because he used black magic. Ayran shook his head and laughed in a low voice.

If he remembered correctly, he should have a class rank assessment test in first quarter, but he has no idea what time it is, nor where he is...

'Is this school so poor that they can't even afford to leave a guide for the students, or atleast a map!'

Ayran grumbled, he turned left, then right, every hallway looked the same. If this continued on any longer, he might really need to use his magic and blow up some walls at this point.

That was until he passed by the huge window, there it showed the training ground, where he saw a guy swinging his way with the dummy.

Ayran thought, since he has nothing else to do, and he doesn't even know where he is, he decided he might as well warm up abit for tommorrow..

He stepped outside and breathed in the fresh air.

Kendo took a glance at Ayran. Then he proceeded to completely ignore the guy and continue hacking at the dummy. It wasn't becuase Kendo was TRYING to be rude. No, Kendo just had a LOT of steam to blow off.

"..nah. You'll get hurt too badly."
The internet ruined me.

Out of the corner of her eye, Cath watched Aryan approach Kendo, and smirked at the obvious dismissal. She recognized the boy from class. He was intelligent enough, and had the same problem with making friends as she did. Ah, dark magic. She felt bad for him, but was too engrossed in her book to care.

Sitting in one of the upper rows, Cath was cast into shadow by the bleachers. And while Kendo certainly knew she was there, Aryan was clueless. Cath had noticed by now that Kendo knew... a lot of things that he really shouldn't.
Technoblade never dies!

Chikari was standing on top or the railings watching everyone walk by.

No one really knows much about Chikari except for the fact his Dad was one of the strongest dark magic users and his Mum being one of the strongest light users. But it seems Chikari does not have an ability and was outcast by his family. Since that day he has refused to get close to any other person and when people talk to him he turns and just walks away. Completely dismissing them
AprilxSkye

Ayran's smirk turned abit stiff as he tried to comprehend what going on in that guys head.

Ayran watched the guy continue smashing his ways with the dummy. (Ayran doesn't remember who Kendo is- so im just gonna say the guy for now-)

'Does he think i'm too weak or something?'

The more Ayran thought about this, the more irked he became as he watched the other kid continue sparing on the dummy.

His hands twitched and Ayran summoned his crossbow, in which he separated it into 2 scimitars. If he wasn't going to spar with him, then he might as well not spar as well.

Ayran stepped forward, and with a swipe of his left scimitar, the dummy, was blown into pieces.

Ayran smirked, "How was that ey?"

Lucinda Leaned on her balcony and watered her flowers on the railing and looked at the grounds, she saw two people in the grounds and decided to check it out.
♡Train my precious babies!♡ 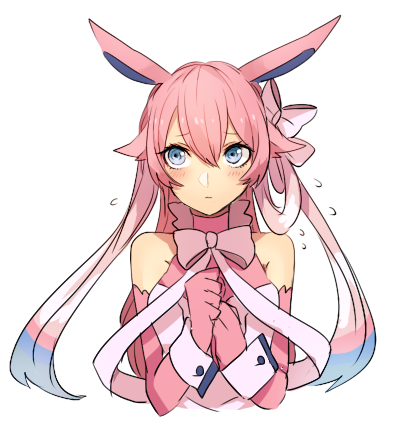 Kendo glanced at him for a moment.

"Impressive. now leave me alone, please. there's already a dark mage around here that I have to deal with much too often."

He spun the axe in his hand, before bringing it down on a dummy, cracking it straight through the middle.
The internet ruined me.

She arrived at the training grounds just in time to see Kendo slice the dummy. She could sense that both of them were dark magic welders and their aura definitely out weigh hers, if she tried to fight, it would be much use.
“Hey are you both training?”
She asked, trying to sound cheerful
-NeoSanchez-

Kendo literally just walked off. He was starving and tired and was not gonna take any [shut] today.

He found a few other dummies and started hacking and slashing once more.
The internet ruined me.

“Rude…” Lucinda muttered as Kendo walked off in silence, completely ignoring her. “Some people need to learn manners.”
Catherine_Elysandre

She heard the splintering of wood down below in the main training area. Voices mixed interestingly as they lazily drifted up to where she was perched.


"Impressive. Now leave me alone, please. There's already a dark mage around here that I have to deal with much too often."

Cath smirked as she heard Kendo's response echo around the training area. At least she wasn't showing off by smashing dummies to try and get his attention. She couldn't care less of peoples' opinions of her... and guessing what was going on in Kendo's head was impossible.

Ayran looked at the girl, who he also doesn't know the name of, he flashes a gentlemanly smile before running off to catch up to the other guy.