Perhaps the gem collector could ask for a specific pokemon. For example he could say something like "Hey there, I have a friend from the Kanto region who wants some Growlithes? If you have any spare I would happily give you some gems or items in exchange."

It's like the guy in Pokémon games who says you to bring him a pokemon with a specific something.
For an example, on PH it can be a specific held item, stats, mega-able or mega etc.
If you bring a pokemon that meets the requirements, you get an item, gems (half the price you can buy that pokémon) or another pokémon.

The pokemon he wants could change every few days, dragon pokemon could still give a dragon gem or 2, but they would only come up rarely.

There should also be a limit of pokémon you can sell in one day, depending on their rarity. For an example, max. 6-10 growlithes per day.
[color=black][size=8][center]

Title: This is Great

This is a great idea and i had thought about this in the past! There is so many extra Pokemon people end up with and i ate to just waste them and release them into the wild. I really hope this idea takes off and it happens :D
Kety

Its better to have it that dont have it !
Snom

I'm not too sure about this :/
I like the idea of introducing someone like this, but would there be a limit to how many you can submit in a day?
I feel as though this would really mess with the gem stock & decrease their value, unless a limit was put in.
I think it'd be pretty bad for the economy, if you could hand in like.. 100+ growliths, just because you happened to be hoarding them & he asked for a growlith on that day. like.. with a click of a button, you just got 100 fire gems, y'know?

for the moment, no support, but I do like the idea, as long as there is a limit in place :)

@Girafarig
Yeah, maybe you're right. Anyways, adding this to the original post ;)
[color=black][size=8][center]

And what if we try to sell the Pokemon which are generally obtained from the gem collector himself? For, grow lithe dosen't really cost much, but a Pokemon like, suppose, Greninja costs 50 water gems or so.

EDIT:1. Maybe selling of Greninja, Xerneas, Yevtal, and the other Kalos starters would not be allowed?
2. Maybe we would get lesser gems then we took to buy them? Like 10-25 gems for a Greninja?
Kou-

@PkmnTrainerV
Yes, half the original price while selling pokémon. I think I forgot to add it, but we mentioned it while discussing...
[color=black][size=8][center]

This looks like an interesting idea, but losing the Pokemon the Gem Collector asked for seems a bit much. The reward would have to be pretty impressive in order for me to give up rare Pokemon that I could instead sell in the auction house or use in trades.

This goes against the "profitable way of getting rid of an unwanted Pokemon" aspect, but I'd be all for a this if the Gem Collector only wanted to see or borrow my Pokemon for a short time. (Heck, maybe he borrows Pokemon for his breeder friend so he has Pokemon to sell for gems) 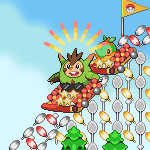 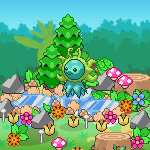 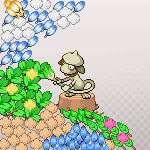 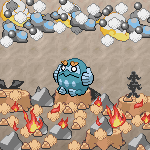 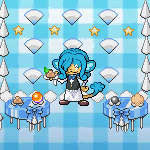 For example: i'm going to do a Shiny Mega Sableye hunt here when i get enough gems. i have some extra ghost type pokemon. it'd be cool if i could exchange them for gems say i'd get maybe 10 gems from the pokemon.

dragon gems should be limited just because it would make it easier for people to get dragon gems and the price would go down.
like say you wanted to trade a Gible for ground and dragon gems. You'd get 10 ground gems and 2 dragon or so on.

i think it'd be a neat add to the game. I agree with the idea just the way I did when Exotica made the same suggestion too. xD

Honestly, I'm the kind of person that just doesn't care for selling a horde of pokemon I dont need anymore, especially from a hunt. Not everyone will take the time to do it. xD So I see this as a very useful option.
}}.~S.O.U.L~.{{ It could always just be for something other than gems

Or low amounts of PD like the sell item option in games like Flight Rising and Gaia where it won't be the Market Price but you can FOR SURE get rid of it without it just being "well you released it I guess?"
~Art Shop ~~~ Adopt + Breeding Shop~

bump lol its a good idea, although could need quite a lot of balancing because you could just breed up a whole bunch of growlithe and get rich quick. maybe not gems you get in return? idk
I'm trying to get every Kalos shiny! Track my progress here

ps sorry for any excessive use of ASCII smileys/ellipses above :)
yarn Even though it is not meant to be a "battle site" - we still do have a battle feature that hasn't been updated since it came out. (So, at least 2 years). It would be neat to have it updated with something like this! Maybe it would get more people into battling. After all, there's some items on here that you never see because they cost a lot of Battle Points (BP) and people don't really battle.

Maybe, instead of 4 corners, we could change it up to make it that 2 vs. 2 layout you get when you do double battles?


Something like that, because I feel like having a four corner thing would be a bit odd. (I've never played in the battle royal, I don't know what it looks like). But this would still require four people, and each person could still have 3 Pokemon, just maybe 2 people could be on the same team? And then after that the winners of the first round go on to face each other, like in a tournament, in a 1 on 1 battle.
https://androidgta5.net/