Fumiko is a Multi Quirk User, inheriting both of her parents' quirks. She inherited the Hair Limb Quirk from her Mother, and the Elemental Emotion Quirk from her father.

(Click on the image to clearly see the words!)

Note: Fumiko trains her Hair Limb Quirk frequently so that she can stretch her hair longer than 30 Feet before getting a migraine.

I love these three <3

Kirishima is my best bud, you know? Whenever I need help, he's always there to make things so much better! One time, when practicing for the Sports Festival, I threw him off the roof of the school and watched as he activated his quirk before he hit the ground, creating a large crater. It was so cool, I couldn't stop screaming at him about how cool he was! I hate it when he said his quirk is boring, I think it's the best quirk ever! He can withstand any physical attack with his Hardening Quirk. If that isn't cool, then I don't know what is!

Bakugou's quirk matches his own personality. Explosive, loud, and awesome! He's a literal ticking bomb, and that's super cool! Despite his explosive attitude, Bakugou can be calm and rational when he wants to. He once helped me become much more flexible after he found out that I become quirkless for 24 hours if my hair gets cut or damaged! I think Bakugou really likes me, because he always gravitate towards me and Kirishima even though he said that he hated us. I mean, I hope he likes me, because I really like him! N-not like-like him, o-of course. I'm definitely n-not in l-love with him...

Midoriya-kun! Honestly, he's the sweetest guy ever~ He was there for me when I had emotional problems and he's always a listener! Even when I'm on the verge of breaking down, he was always there to make me fell better! Or that time when I had that mental breakdown when my quirk was deactivated after my hair was damaged. His soothing voice calmed me down and I almost fell asleep! I love him~ N-not in a romantic way or a-anything! don't tell him this...

Users: that's not nice! Stop bullying and harassing people! You mess with them, you mess with us blah blah blah

jesus everyone is cringy

the harassment is honestly very disgusting but really, you're basically begging to get harassed if the so called anon is harassing everyone that shares the hashtag. It's best to just leave it to the mods. they'll eventually find the person and fix the problem
9 Months ago

y'all someone drew fanart of my Melan Tsareena named Cherry Pie (named after the song "Cherry Pie", of course~) on PFQ and I'm sitting here smiling like an idiot

too bad I actually sold that Melan Tsareena like a month ago ;-; I wish I had her back
9 Months ago

What if we had a romantic moment and kissed in Emera Town?

Holy crap, my hashtag is at top 10 trending

Damn people really want these gems. I don't blame y'all, though <3 I'm glad these can help y'all with your hunts. I guess I should keep collecting gems. That means I have to do that royal tunnel thing which I haven't been using in a few months.

I might have to end the giveaway maybe Monday instead. But like, I don't know if y'all mind that. I just wanna giveaway a bunch of stuff right now. Especially since I'm leaving this place once all of my nuggets are sold for art or for PFQ stuff. So like, y'all don't mind if I add two more days on the giveaway? If not, then don't worry, I just wanna know if y'all okay with this <3
9 Months ago

You have to either heart the feed or comment what kind of gems you want. Sorry for not clearing that up!
9 Months ago

in a good mood so I'm giving away my gems!

here's what I'm gonna do. If you want dragon gems, heart this feed. I have 22 dragon gems in all and there will be two winners who will win 11 gems each.

so ummmmm, share #gimmethegems to spread awareness I guess? Not the whole feed, cuz that's annoying.

Ends in two days~ Next giveaway will be a nuggets giveaway!

Hand them over
9 Months ago

Anyone doing any art commissions? I have nuggets that I would really love to give away for some art of my Pokesonas :3c
9 Months ago

Man, if the shiny rate for shaymin increased, then maybe the encounter should also been increased because I'm seeing people interacting a crap ton and they never encouraged shaymin. What a load of bs. That's why I don't really participate in this kind of thing often.

Speaking of which, PFQ really needs to have an event soon. The last event we had was maybe easter? Maybe they only do holiday events or something. I wish we have events like at least every two months or something. I always love PFQ events. At least you actually have fun during those and you get much better prizes. I hate that PFQ is so much better than PH but the mods are toxic ;3;
9 Months ago

decided to be active on flightrising again

Texting my mom - should I tell her? lmfao
9 Months ago

So I started going to Fresh Start monday and holy crap, this is will be a little hard

Fresh Start is an academy that can help people like Seniors graduate on time and you have to work online.

On the bright side, I can find all of the answers on brainly.com lmfao
9 Months ago

I like how people just assumes you don't actually make it to 100k. like??? how the hell do you know that? lmfao either way the level cap isn't something everyone is fond about
9 Months ago

Hello! My name is Fumiko Fukuda, and I want to be a Hero! 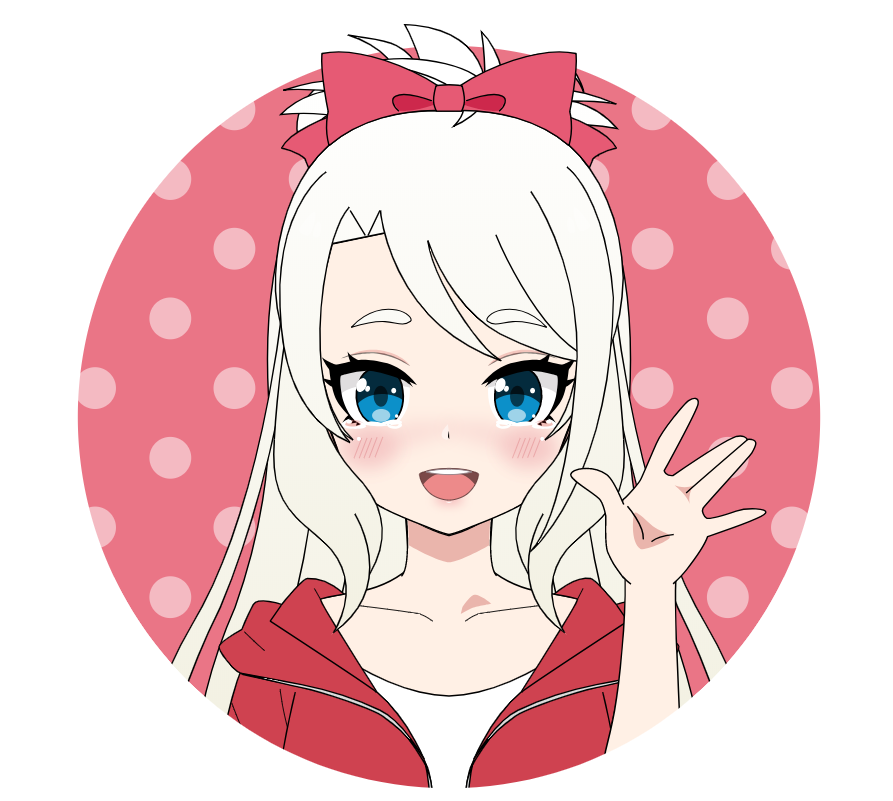 I've always wanted to be a Hero. I wanted my parents to be proud of me. I wanted to save people from harm. I wanted the world to be a better place. And it starts with U.A. High School!

Hmm, let's start with the basics. I'm the middle child, being loved by two wonder parents! My mother, Emiko Fukuda, is the sweetest lady you would ever meet. Just being around her makes you feel calm and happy. She has the prettiest smile, sometimes she says I inherited that smile from her, teehee! My father, Takashi Fukuda, is a strong and confident male. He believes that no matter what happens, you must stay calm and positive, because everything will turn out fine! I have an older brother, Akihiko Fukuda, that I look up to. He's currently in college in America, practicing to become a Hero. He has my father's quirk and he has a laidback personality. 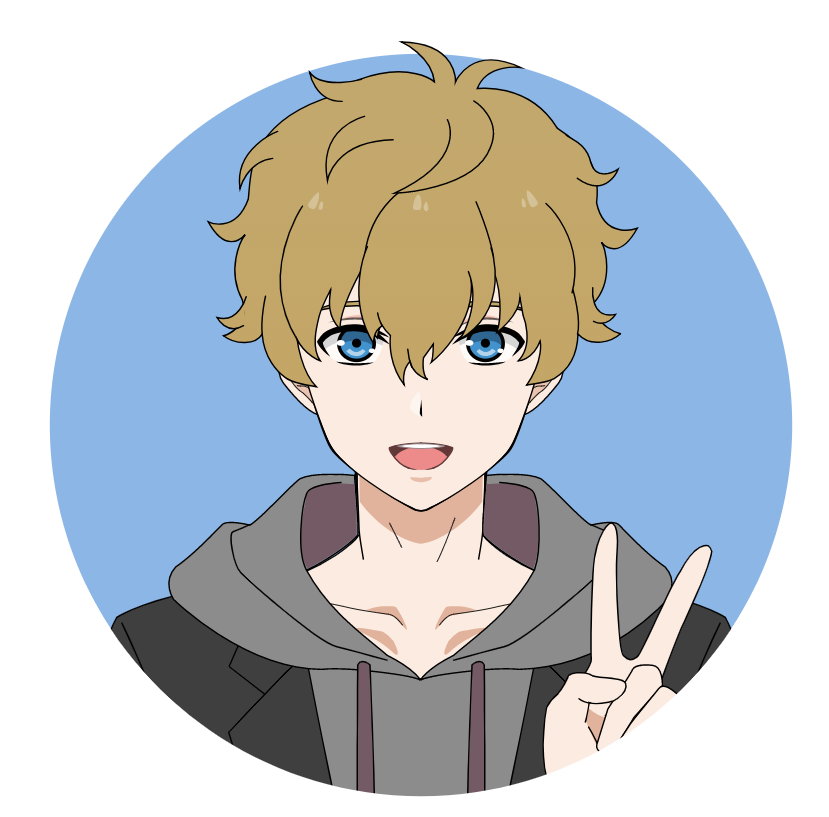 And I have a younger sister, Momoko Fukuda, who has just unlocked her quirk! She has mom's quirk and she really looks up to me and my brother. She wants to be a hero just like me!

I really love my family. They all support me and they make me want to succeed even more!

Do I have any friends? Of course I do!

When I first gotten into U.A High, I quickly became close friends with Ochaco Uraraka. She's my girl friend and she always seems to be there for me, you know? She's such a sweet and hyper girl, and I feel like we'll be best friends for ever!

When I first met Izuku Midoriya (affectionately nicknamed Deku), I thought he was the most adorable boy I've ever met! He was so sweet and he blushed all the time at the most simplest compliments! He also has a really cool quirk! He also has this very sweet smile, and I always get lost in those beautiful green eyes and those chubby cheeks and... and...!

A-Ah! A-Anyway, Eijirou Kirishima is my right hand man! I think he's so cool with his awesome quirk and his manly speeches! He always make me laugh when I'm feeling down and he's willing to let me hug his soft body when I'm super sad. He's always a shoulder to cry on, y'know? He also has this, like, super manly smile and his adorable manly laugh and I just want to-

N-No! D-Denki Kaminari is always by my side when it comes to my electrical quirk! Whenever he's draining, I always lend him my electric static to charge him up! He's so cool to be around, and cute-!

Eeep! N-Next! Um, Katsuki Bakugou! Yeah, h-him. I.. uh... definitely don't have a crush on him or anything! I-I only think of him as a close friend (even though he doesn't like to admit that he likes both mine and Kirishima's company)! I think he's a sweet guy under that rash attitude and I believe he's slowly opening up to me and Kiri-kun! Like that one time we both gotten trapped at the school's rooftop and he was talking about something but I couldn't stop staring at his beautiful skin, and those luscious lips, and those red eyes that stared into my soul and t-t-those hands that held me when I always fell off the roof and-