Hunts are currently suspended, due to a personal hunt, and not enough time.

Current Hunt: Sandshrew
pal pad me if interested
some hunts can be extended, due to how many people want it.
also willing to take payments in some gems
Pal Pad me your order. PD is required at time of transaction.

these are the only gems I am currently collecting

Avi by one of my best friends, Argentis

~~Please Read~~~
~ Do not send me Pal Pads with just "hi" or "what's up" I won't answer them.
~ Do not Ask me about anything that is not in my UFT box. this includes shinies, Mega ables, or events.
~ Do not get upset with me once you realize I'm not nice.
~ Just because i'm on, doesn't mean i feel like talking.
~ If I have you on my block list, you did something to get there. Don't have people message me asking. I will just ignore or block them, also.
~ If I have you blocked, or vice versa, you can't enter into my raffles/lotteries.
~ I use real money to buy my nuggets!!! I reserve the rights to increase or decrease the price of them I see fit!! Do not ask me to reduce the price for you!!!
~My Private Message Box is for speaking to any mentees I accept and speaking to Mods, Nothing else. If you aren't one of my mentees or a mod, I will IGNORE you

also me: *proceeds to draw fanart of technoblade* not at all.
1 Month ago

my new job and coworkers and are seriously amazing

I had to leave early yesterday, due to bad anxiety.

when I went in today, our manager called me into his office. I expected to be reprimanded and told that I can't be letting my anxiety get the best of me or get in the way of the job (I've had a manager do that to me before)
Instead, he asked me how I was feeling (the answer was: I honestly don't know. and that I had had an anxiety attack before even getting into my car and debated calling off) and told me how proud he was that I came in, and that by coming in, despite wanting to call off is AMAZING.
he then offered to allow me to drive my own car to the field, so I could leave early, again, without needing to wait on someone. I was worried, because I didn't have much gas in my car, nor did I have money.
he said not to worry and actually GAVE ME $20 TO PUT IN MY CAR. Which I did.
I don't feel like a burden, and my leads are so supportive and kind and patient and understanding.
1 Month ago

#MyBestExperience
staying over at my boyfriend's grandma's
1 Month ago

as a reminder:
- if you click on the pokemon it'll tell you it's a mega right beside its name
- the mega symbol is COLOURED


I will be reporting everyone who's pathetic enough to try doing this scam. I'm literally going through the AH right now and reporting them
1 Month ago

as a reminder:
- if you click on the pokemon it'll tell you it's a mega right beside its name
- the mega symbol is COLOURED


I will be reporting everyone who's pathetic enough to try doing this scam. I'm literally going through the AH right now and reporting them
1 Month ago

so
i was gone for a while

how tf do you gigamax something?
I have one of the items? or the item? Idk. i have the Dynamax Crystal
i want the butterfree gigamax
1 Month ago

mega able Mawile from the lab!
sweet!
2 Months ago

my dentist accidentally hit my lip with the drill
and it feels weird...
doesn't hurt
2 Months ago

wtf is with these prices for normal gems in the Item Market and Gem Exchange?
they've gotten like 100x more expensive
2 Months ago

anyone able to update me on what i've missed?
new things?
new drama?
2 Months ago

eyyyy
guess who hasnt been on in forever, but is back
2 Months ago

so my minecraft base is a sand temple....
made of glass

i am now working on hollowing out bellow the building, so i can make it ALL glass

wanna watch and chat?
join my discord! I'm streaming it ^^
6 Months ago

I'm going to be exploring the new Nether in my gaming discord! feel free to join us!
(I'm currently mining for diamond and other resources because I just died due to lava)
6 Months ago

I'm currently in a boat load of pain, due to having dental work done.. at around 9 this morning...
so I made a Discord server to stream my minecraft and talk about games I play If anyone is interested, feel free to swing by. Until my mouth is calmed down, that's where you can find me
6 Months ago

suggestions on free games on Steam?
7 Months ago

guess who's boyfriend just got her a new laptop!
::D
7 Months ago

if anyone needs me, i've been on this game for all day for the past... idk days
7 Months ago 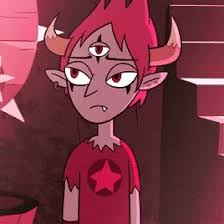