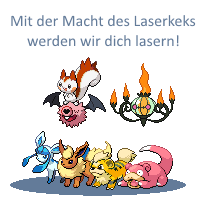 As you might know or not I live 4h car ride apart from my mother (and I regret nothing).
Yesterday I called her about my approaching birthday to organize.
Me: about my birthday
She: Yeah, I booked a room, I'll come on Friday. I thought we can celebrate on Saturday in your parents-in-law's garden, eat something and after breakfast on Sunday I'll leave.
Me: *dumbfound* ... 😶

Honestly I wanted to tell her to come Saturday even if my birthday is on Friday since I wanted to do something online with my friends. I really prefer my friends over my Mom.
What would you have done if I called you to tell you I'm on holiday and won't be there and you booked already. o_o
13 Days ago

While I was putting on my hair color I noticed I forgot to put in blue. Well. Guess I will be pink haired instead of purple...
1 Month ago

Is there really no option to use the re-snap feature later? Only right after exploring?
Bummer.
1 Month ago

Do you have performance issues and framerate drops? It doesn't seem like the internet has and I wonder if they updated the switch's hardware at some point and I just have an old one or if I'm crazy.
But I experience some kind of lag before every cutscene and even before battles when a guest character is attacking first.
(Not to mention a missing quest log for finished ones. Why bother numbering your quests when you're not able to track them? But that's an issue for everyone)

Fights are fun and bosses tough, tho.
But those issues... it feels unfinished and since it's Nintendo I don't reckon any patches ever.
3 Months ago

So two weeks ago I was hestitating whether or not playing Stardew Valley.
Shortly after I noticed a friend of mine has the game and I happen to share a steam library with them.
Soooo... 41 gameplay hours later I just finished autumn and yes... about to get married and getting rich and max out affection levels and finding more visual mods for the game..

I always wanted to play Stardew Valley but I'm afraid it could overwhelm me.
I always liked Harvest Moon/Story of Seasons but Rune Factory was too much to do and too spacious. Also My Time at Portia was too many stuff I could do at once with to little time. I'd like to unlock more and more after getting used to the basic things.

tl;dr: Your experience with Stardew Valley?
5 Months ago

Getting to know a longer known person better only to find out he is an adorable cinnamon roll and best friend material.
6 Months ago

Hello there lil baby I saved up for a couple of years.
Special thanks to Mirej who made this possible.
And pucky who wanted to do the same but was slower :'D
💛 guys
8 Months ago

My review in comments!
1 Year ago

I'm really not sure if I like expansion passes.
Pro: Cheaper
Con: you don't get to experience the story again and the chance to start over with a new party combination.
(You could start a new game, yes, but you get the gist)
1 Year ago

I woke up. Irritated of that argument... I don't even like Lucario that much.
1 Year ago

When your favourite character dies on the last page of the novel :v
1 Year ago

2020.
I finished Final Fantasy IX. For the first time.
Was a nice game overall with a very difficult final boss (really everything before was childs play! Oo)
The end scenes are so sweet I think my teeth hurt x)
1 Year ago

I opened all my mystery boxes at christmas.
I do this each year like a PH christmas present opening.
OTL
1 Year ago

I just noticed I missed the shiny Shaymin plushie.
I just thought it is shiny colored every time so I didn't care and chose Myterious Egg first.
Well..........
OTL
1 Year ago

Finished Fire Emblem Three Houses for the first time now. (Golden Deer route)
It was awesome. Really nice game with unexpected twists.
Now hyped for the other routes as well.

P.S. Lorenz and Leonie are gold.OTP indeed.
1 Year ago

Me: Weekend! Time to play FE3H all day!
Body: how about beeing sick and wanting to sleep all day?
Me: no?
Body: hell yes!
1 Year ago

*looks at FE3H*
Okay now... which of you cuties will be my romantic interest...
Can't decide x:
1 Year ago