PokeHeroes will forever be a treasure trove of memories. It is here where I created the possibly most meaningful friendships in my life, learned English and found someone who convinced me that I want and can have a future.

But the people I had wanted that future with are no longer on here and combined with my own worsening mental illness, I found I'm no longer able to create any similar genuine bonds here as I did in the past. Pokeheroes will forever stay my homeland and I owe a lot of it, but a part of it feels like a graveyard and I can't carry that with me if I want to face tomorrow with a tranquil heart. My loved ones on here taught me that moving forward is possible and I wish to work on it now.

To the writers, I was gifted to meet on here- You are all soo wonderful and bright, I cant wait to accidentally stumble upon your works of art in a bookstore someday. Even if it was only for a short time, remember that I appreciated every post you put out into the world. I hope you will find a true home on here as I once did.

I spent quite big portion of my hardships on this side. Altrough many of these people are inactive by now, their impact on me lasts to this day.
Sansica, Navyeet, Wayne, *constellation*, Waffle, TheNinjaCyndaquil, Atavan, Lemon.
We might have not talked that much back in the day, and I do sincerely regret that, but I hope you all are doing well in this day and age.

The most special thanks go to Nishinoya and eunoia- Who changed my life from the foundation to the roof. I could not have been more thankful for finding them in my life. I never managed to say enough love yous to eighter of you when I had the chance. 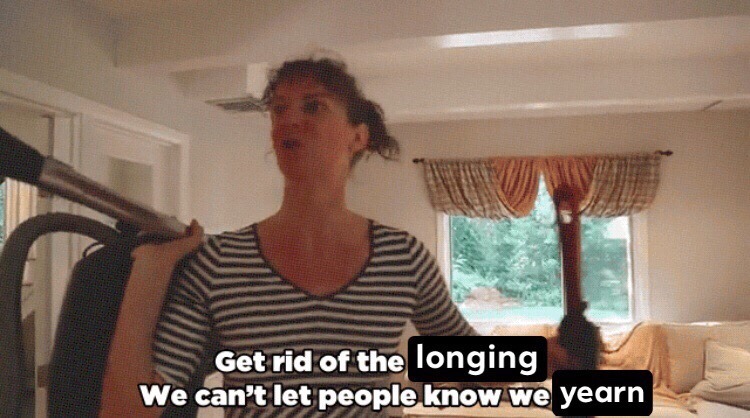 And with the last trip down the memory lane of old roleplay and posts, my time on Pokeheroes came to an end.

Recently, I had lost a lot of connections and friendship due to my executive disorder and I returned to PH as a safe, familiar shelter- but in doing that, I isolated myself from the very same person I met on here ages ago and loved dearly.

We are both at very different places in life and our paths have long since strayed further away from each other, but I want to try again. If not that, then I hope to at least move on and learn how to People again- Please, do wish me luck.

I miss the PH of old, but in recent weeks I learned just how much love even the new community has. I'm sorry I couldn't have stayed for long but it makes me happy to know the site that changed my life will be in good hands.

If you see an outdoor cat, you are welcome to steal that cat. It's a free cat and the incompetent owner lost their privilige over it.
1 Year ago

I am the sort of person who stuffs over 600 mods into Stardew Valley, then doesn't open it for another month, has to update all the mention mods and doesn't open it again.

But you know what!!! I have 7 spouses on one save file, so I at least have that going for me. I have not seen them in months, so we do have a bit of Minecraft dog situation, but I like to think they are all enjoying the unnecessary 3 baking add-ons while I'm away. Every polycule needs a polyghost.
1 Year ago

Watch me master Survive The Night and Radioactive, you Cottagecore weebs. I defy your rules.
1 Year ago

Turns out i am 30-or-so percent Russian,, which explains why I always wanted to be called Tsarevna instead of a princess when I was a child. And here I thought I just had a big ego.
1 Year ago

Dorime being a meme is such a fascinating thing to me,, Like, I swear to you a good third of parent-generation Europeans had that song on their wedding playlist. Our teacher played it at our Christmas party.

The day Americans discover numa numa jej and asereje, we might as well pack our bags and re-do our entire culture to hold on to scraps of our dignity.
1 Year ago

In other words, I propose we speed up the diagnosis process by ditching it all. From now on, we will be judging your mental state by how much and which emotions you put into specific lines from Bohemian Rhapsody.
1 Year ago

Deadbeat Mother out of the house, Day 1

Without the presence of the roaming screech-beast, I have made the bright decision to let all animals out.

Education did not prepare me for having to get my parakeet out of a drier. Doggo caught on and guards Morro's sanctuary of warm linens.
The closest that I can get is just enough to allow me to whack the top of the drier with a broomstick, but the attack has been blatantly ignored by His Majesty.

I cannot rely on the assistance of The Bunny, for he has been staring out of the balcony doors for the past 20 minutes. I can only hope he has been attempting to make contact with the pigeon taskforce, otherwise I am all alone and powerless.
1 Year ago

New Adventure Time mini-series with focus on Marceline and Bubblegum? 2020 is really trying to cram an entire redemption arc in one and a half months, huh. Won't deny that it might be working.

,,, They gave Bubblegum a Girl Boss mug, its *absolutely* working.
1 Year ago

Uh-oh, is that a challenge? Do you want me to pester you with the catchiest songs until one day, I see you washing dishes while grinning quietly to yourself and singing along to a melony you accidentally picked up from me?
And it might not be a perfect musical pitch but its just You and then I fall in love with you and go through 2 months of self destructive yearning.

tHEN BRING IT ON-
1 Year ago

I have just found fully subtitled bootlegs of Anastasia and Dear Evan Hansen.

I am already late with my homework, I cant just loose 4 hours like this, pl-

Me: "Portraying queer characters as inherently flamboyant and over-the-top is feeding an especially nasty stereotype."

Also me: //Lays down my fan made from faux peacock feathers so I can sew equally fake crystals onto my winter hat and Dazzle the climate change away, all the while daydreaming about my future collection of wigs
1 Year ago

Was anyone ever gonna tell me that Hannibal is gay or was I just always supposed to find out about that myself from King Sombra roleplaying as a bartender selling drinks titled as 'Last Minute Gays' to fund their goal of buying giant airhorn to wake Nevada up.

I had 'Korasami'. I was told to enjoy my gender and call my friends. Just another day at Fer.Al and me questioning if all-seeing spirits really walk among us, I guess.
1 Year ago

Did you americans decided to stick with 'Hit the road, Jack' or can we already break out the 'Ding Dong, the witch is dead!' again?
1 Year ago

Alright, Alright, America's slide to the left aside, Fer.Al just canonized that the fluffy green lizard who keeps a pond of holy koi fishes is trans.

Have fun with your democracy, meanwhile, I am going to draw lizard emojis at the windows of our local transphobic bar and enjoying doubled serotonin.

Those in red states- I know you want to celebrate but please, be careful! Don't do it alone and even that, make sure your environment is at least mostly safe.

The danger of outrage is huge right now and we all know what some Trump supporters are capable of.

I know the matter of the likes of taking off a pride badge once you are out of the march and in the city is disheartening, but your safety comes first.
1 Year ago

Okay but removing a borderline dictator like Trump is honestly quite difficult.

And America *did it*. For 4 years, you have done everything in your power to fight, educate and protect those his laws hurt the most- and the last year, you took to the streets and put yourself at mercy of your rigged police force. The giant "Black lives matter" right next to the white house still makes me grin.

I am so darn proud of you for fighting the good fight. I know Biden is not perfect, but knowing America has soo many (And there are many! The evil just such a louder voice..) great people makes me think that your future will be bright- and mainly, more peaceful and safe.
1 Year ago

Putin resigning during Supernatural Canon Gays during the US presidential election is was just the sweetest cherry to complete 2020 but consider...

We still have a month to top that.
1 Year ago

Oopsiedoo, Forgot the conservative part of Pokeheroes and here I am, flaunting my gayness. Every post feels like committing arson at places of hereto-worship.

Where are the other rainbows, did we go extinct here??
1 Year ago 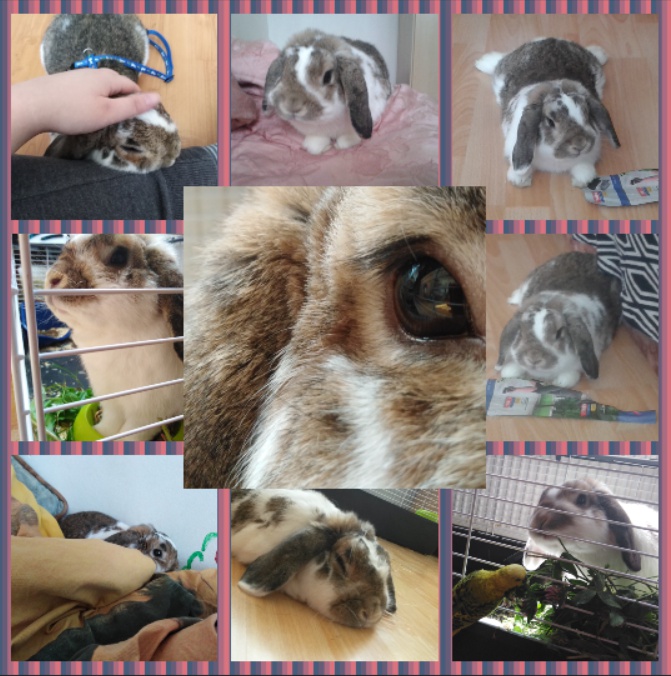 You're not supposed to pet the dogs of Chernobyl

I was one of them, a glass delusion,
a swallowed glass piano. Afraid
I could only shatter.

Fractals under my skin itched my body translucent
— the only cure was to set me on fire,
show me I was never that kind of fragile;

side effects include an incurable feralness.
Don’t touch me.

In lieu of a pyre, a poet taught me to swear,
gave me all the words a mother couldn’t.
Pull back my lips,

see what I’ve learned, my teeth. They’re sharp
and this is good. See, she’s given me back my claws,
shown me how to use them;

to paint them and to let the paint chip. Don’t touch me.
Remember, softness is a honey trap. I will tear you open,
toxic the wound.

Don’t touch me. Don’t
touch me.