That was a string of HTML code, that clearly isn't formatting anything. Below is a picture of what that HTML code appears to do in the post preview. 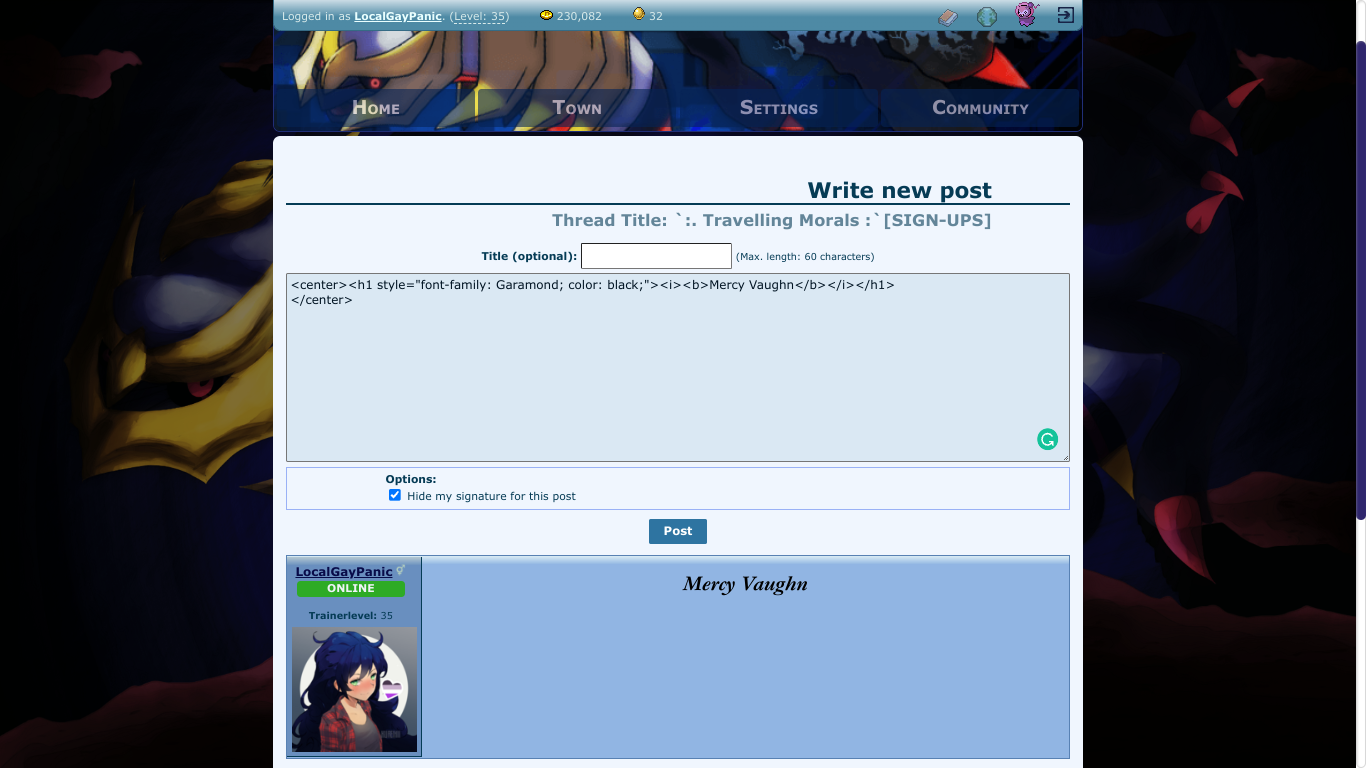 Small update: On some devices, the preview won't have the font, it'll just be the same font as the rest of the text
~Yvelette~

Only admins or mods can use html in forum posts, but they still appear in preview, hope this helps

That's unfortunate, I don't think I'm alone in wanting to be able to format with HTML. Thanks for the explanation, though!
Riako

Allowing users to use HTML is quite dangerous, however. You can do very evil stuff with it, for example... Click this! Don't worry, that's not actually malicious - but it demonstrates what you could do with HTML
LocalGayPanic

True, but the BBCode on here has some restrictions. Were you to add HTML for users, you could try to restrict it similarly (Or, more likely, just add a few of the code things, specifically the ones that can only format certain elements.) Idk, just a random thought, but you seem pretty set on it so it's probably already been suggested. Have a nice day!