This is a game of cunning deceit and wits

There are three parties in the game: Town, Mafia, and Third Party.
The Mafia wants to completly end the Town, while they wan't to prevent that.

Thanks to that, the Town has developed a system of which every night, a person who gets the most vote is killed. However, the Townspeople won't be voting which others of their kind, as Mafia people will also pretend that they are Townspeople.

The way that this works is that each player is assigned a role that is assigned to a party. Below all the possible roles:
TOWN ROLES

ALL MAFIA EXCEPT FACESTABBER KNOW THEIR FELLOW MAFIA. MAFIA ALSO DOESN'T KNOWS WHO THE FACESTABBER IS.

THIRD PARTY ROLES
Serial Killer - They can kill a person of their choice each night.
Reviver - They can revive a person of their choice each night, though the revived person will have a different role, and the Reviver cannot decide which one. The Reviver looses its power after reviving three times, though they stay as a Third Party.
Sorcerer - If they are lynched (killed through voting), they select one person that lynched them and that person will die the next night.

During the day, everyone talks and discussed who could be part of the Mafia. Including actual Mafia and Third Party, who pretend that they are Town.

During the night, everyone votes on who could be Mafia, and the one who gets the most votes is killed. Anyone who has special actions related to their roles will pal pad or PM the Overseer about what they will do.

You ARE allowed to lie about your role.
-If your dead, you can't talk in the game nor with people on the game about the game.
-You are NOT allowed to use screenshots as evidence of anything.
-Have common sense.
-The Doctor cannot save the same person 2 times in a row and the Guard cannot guard a person 2 times in a row.
-During the Night results and if the Overseer is saying who a silenced person is voting, the silenced person shall not be specified.
-If a player who was a Mafia member gets revived into a Third party or Town role, they are not allowed to reveal who the Mafia people are. May I join? I really love these types of games.

“Forget everything you think you know”
Megu

alrighty then
version 5 LETS GO
if you need help with color code, I'm your man
Megu I’m in 😁
Also if you need help with any BB codes, let me know

Credits to RevolutionaryPlayerND for the amazing Palkia!!! me i guess
https://www.youtube.com/watch?v=dQw4w9WgXcQ
i hope u like this art
Megu

Welcome to the game!
~CloverMeadow~ @spites are from Konbe.Thanks!!
ShadowDragon87 Yey mafia is back :)
Count me in
Thanks to Kamini for making my avatar! :)

yey
Thanks to Kamini for making my avatar! :) 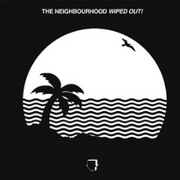 Welcome to the brood i mean town