Help the eggies please?
4 Days ago

this is hilarious.
4 Months ago

o noes ricko got eaten by the hacxjior
5 Months ago

I may have softlocked myself in a Pokemon Crystal playthrough due to me being the big dumb and also Ghost/Normal being weird.

So in Morty's gym battle, he has himself a level 25 Gengar. No biggie, just go in and sweep like I did all the others because I'm ridiculously overleveled.

But no. His Gengar has Shadow Ball, Mean Look, Hypnosis, and Dream Eater.

Of course, because my Typhlosion was at 2HP, I wasn't going to take a chance on it fainting because that was my second to last Pokemans, I spent the next 5 moves continuously lowering Gengar's accuracy with Smokescreen until it lucked out and hit Typhlosion with a Shadow Ball at min. accuracy.

I have a Beedrill that I messed up on and accidentally replaced its only Poison move (Poison Sting) with HM01, Cut. Its movepool is Cut, Focus Energy, Harden, and Fury Attack. All of which are Normal moves. It was the only one in my team that could fight, so I sent it.

*Advent task for today - What are you thankful for this year? Share it in a feed with the hashtag #ThanksGiving
*Type: Null and Silvally now available to those who have completed their Alola dex - If you have not completed it before now you WILL need Meltan and Melmetal per Riako himself..
*Bug Hatching Contest started
*Speed Click Saturday is in 5 days - grab those Tapu for your dex!

Let Ravenswing know via PP if you see any quests - including wounded Pokemon - so we can get them on the Rowan Quest Clicklist for the week.

Pokemon Black Nuzlocke's going decently. Panpour and Timburr were lost when I used them as meat shields because I got a tad careless with Poison damage.

Boldore is the true MVP here, Rock Blast's saved my team on multiple occasions and the rest of the team's overleveled for literally everything.
5 Months ago

Completed my Pokemon X Nuzlocke the other day. Only 2 casualties when I got a tad too careless with poison damage.
5 Months ago

Check out S0ap's giveaway thing it's kinda cool i guess.
9 Months ago

Riakos_bestfriend_S0AP did a thing so you should check it out or something.

A Spearow that I had in my egg storage for four and a half months.
1 Year ago

*looks hungrily at my solgilyphs*

well shucks, i want to eat my solgyliphs now.
1 Year ago

I agree with the auction house's image
1 Year ago

You ever have a dream that takes years to play out?

Like you sleep for 8 hours but in the dream it was a year?
1 Year ago

It’s time folks! My precious weedle is now 1,000! and in honor of this momentous occasion I'll be throwing a pool party.

To join, share this post or #WeedlesPoolParty. Then make a gift donation to Potted_Pikachu’s pool. (It can be as little as 100 PD or as high as 1000 dragon gems or even just the stuff you can’t trade)

There will be 3 winners

the water shines like the moon craters; cheese is inevitable.
1 Year ago

*passive-aggressiveness via combee*
1 Year ago 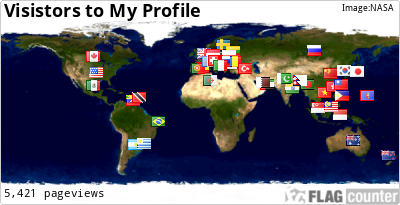