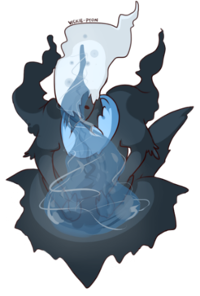 Max - 24 - Moderator
✅My PalPad is always open, so if you've a question, you can go there!
✅I'm pretty busy through the day, as I work in the morning and/or in the afternoon (Depending on the shift I've the current week), so I'm mostly online at reset, as it's 8 PM for me!
✅ If you see me online, and I don't answer you, is because I'm at work on my phone shame on me!. So I'll try to answer you when I get back home.

Out of boredom I watched shrek 1 last night in English rather in Latino for the first time, and i won’t even try to watch the other two in English, the puns are way better in latino lmao, think one of the very few that got to enjoy more dubbed
1 Month ago

Congratulations! A shiny Cosmog hatched out of one of your eggs (Chain #146)!

noice, took you so long though
2 Months ago

Not me forgetting about the advent calendar the last day lmao
Anyways, already missed 3 days so a forth one won’t hurt
2 Months ago

I ain't never seen two pretty good shiny legend hunts, both of them always gotta be ugly
2 Months ago

Woot, got this girl on rumble! 😁
3 Months ago

check those new MiT banners! Welcome Jacharias, Ravenswing and Crysticia to the Staff! :)
3 Months ago

Your PokéRadar recorded the 40th Cosmog in a row! You now reached the maximum chance of finding a shiny. Good luck!
Woot, now, be nice pls
3 Months ago

(Breeding catercream to hunt it after cosmog)
*Pair lays an egg* Catepie
My mind immediately: Hmm.. It got pie in it, so It's the event... right? like a key lime pie, so it should be, 100% it is
Guess it is not the event
I should go to sleep

[REPOST]
Someone still needs one of the Following mega ables:
- Ponyta
- Shinx
- Gastly
- Magikarp
- Zubat
- Magnetric
- Mareep
- Blaziken
- Meganium
If so, Comment on here and set up a private trade! you can have a them for free (or if you feel generous like 2 gems per, or a pokemon from a Breeding pair I'm missing [Check my last feed's comments])

Someone still needs one of the Following mega ables:
- Ponyta
- Shinx
- Gastly
- Magikarp
- Zubat
- Magnetric
- Mareep
- Blaziken
If so, Comment on here and set up a private trade! you can have a them for free (or if you feel generous like 2 gems per, or a pokemon from a Breeding pair I'm missing [Check comments])

Good, only thing that are "valuable" that are released are mega ables, but they aren't worth the 10k for that xD
4 Months ago

So I’ve been kinda obsessed with super Mario 35 since the release, even though levels are repetitive is fun to have different enemies sent to/from other players xD
5 Months ago

It hatched!
Can't believe, 26 days, 4 shiny mega hunts done! Cuff's almost over same as Premium until next sale 😁
5 Months ago

Sorry for close feeds but like, Super Mario Galaxy on the Switch? Yeah, $60 for a game that I fully played 5 times or so and can still turn on my Wii to play it again? Nah poor me, legit hoping it'd be free (with online subscription) or at least a bit cheaper, but Nintendo
6 Months ago

Me: This year I'm gonna be productive and get on the ranking at the Berry Battle!
Also me: still got the berries at level 1
6 Months ago

Apple: *notifies me about a software update like once an hour as still got the first version of Catalina*
Me: Uhh, let's install it then
Also Apple: hold up, lemme download like 20gb of updates but don't download the latest version so it just takes storage.

My 'net speed plus their "fastest" servers to here aren't the best mix, and I have been looking at the ceiling as I can't use Netflix or anything as it'd slow it down. need my parks and rec
6 Months ago

Woah, can't believe we did it!
my hands hurt a bit but glad WE did it 😁
7 Months ago

After 7 years playing this game, and not-sure-how-many since the release of the shiny mew, finally got it lmao now I've to save nuggets again
7 Months ago 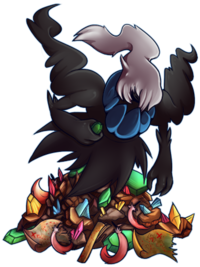