My logic is super FLUFFY

I'm definitely a crazy cat lady.
I have a goal of getting all berries to max level. This will take time. 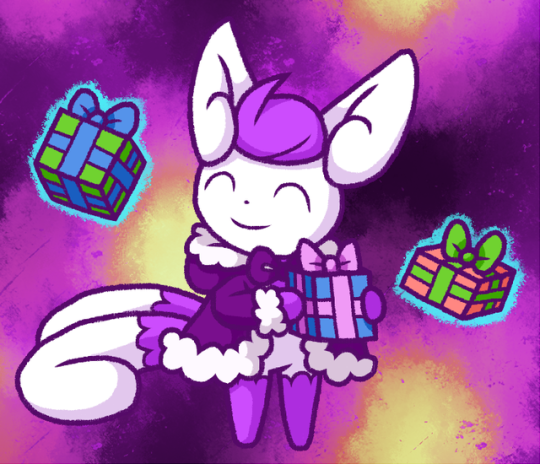 Feel free to friend me.
Do not pp me asking for stuff.
Please do not annoy me.
If I block someone, it's usually because they annoyed me.
I don't give warnings.
I don't have to tell the person why I'm blocking them, or even that I'm blocking them.

Show hidden content
These don't make sense to most people.
These are reminders for myself.

If something is being reposted a lot, for the love of Riako, DON'T JOIN THEM.
They look like old abandoned accounts... And are probably being used to try to mess up the site.
4 Days ago

Shadow Radar says:
You found 11 in a row so far!
Keep searching!
16 Days ago

Best stuff in comments.
16 Days ago

By PokéRadar - 22 Minutes and 27 Seconds ago.
Congratulations! A shiny Ponyta hatched out of one of your eggs (Chain #176)!

Read an article today. "Signs your bra may be the wrong size... Or a snake"

So worth reading! Now I know I shouldn't wear snakes!
5 Months ago

Happy set things on fire day! Also, don't drink and drive. Cops are out looking for that.
6 Months ago

The Shadow Wigglytuff has been caught successfully!
6 Months ago

Bug contest is bugged! So it's Riako's turn to catch all the bugs.
6 Months ago

The Shadow Gastly has been caught successfully!
6 Months ago

Our shiny shop has new hunts!

My hunts will be stunky & skiddo!
Others hunts by my friends include wooper, trubbish, shandshrew, scyther, and froakie! There's more than that waiting for you!
6 Months ago

Also: A sudden drought in Emera Town has caused all Apricorns from
the last Johto's Apricorn Battle to rot (including those in your
berrygarden, berry bag & seedmaker).

Uh... The lack of moisture would cause them to dry out, not rot.
7 Months ago

Your coin looks a bit larger than the others!
(Slightly increased mega-able chance)

Too bad. Yanma would be great as a mega. Just the name alone!
MEGA YANMEGA
7 Months ago

By PokéRadar - 3 Hours and 37 Minutes ago.
Congratulations! A shiny Yanma hatched out of one of your eggs (Chain #133)!

Well, it could have been worse.
7 Months ago

Did you know that coins from the fountain are donated to charity on a regular basis? You have done a good deed!
(Nothing happened)
7 Months ago

By PokeRadar - 12 Hours and 32 Minutes ago.
Your PokéRadar recorded the 40th Yanma in a row! You now reached the maximum chance of finding a shiny. Good luck!