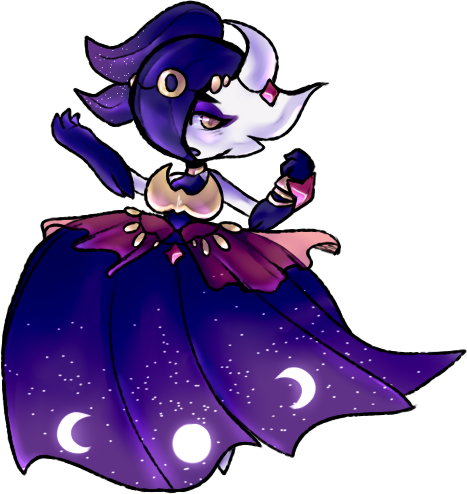 I don't support "Straight, cis, white" hate, just as much as I don't support "Gay, trans, black" hate.
I much rather not want to see history repeat itself, whether it'd be the same or in reverse.
May have seen too much of Twitter of this little hate war people are having and even see it here on PH too

"Congratulations! A shiny Zorua (Hisuian) hatched out of one of your eggs (Chain #119)!"

"One of your auctions has ended.

O-O
Thank you!
I will be hatching more shiny Hisuian Zorua to put in AH nwn/
Yesterday, 23:01

"Congratulations! A shiny Zorua (Hisuian) hatched out of one of your eggs (Chain #110)!"

Second line art of the Cosmog fusions done o/. I do take my time with line art more than sketches, so apologies if I am slow qwq.

( I would color as soon as I finish linearting, buuuuttttt colors are more fun and I would rather finish all the linarts first. Plus it doesn't take me too long to color qwq )
Yesterday, 06:32

Been getting real unlucky with getting feathers from rumble ( Hence why PD has been a bit of a struggle to gain ) e-e. Has been for a good moment now and I wish my luck could come back ene.
Yesterday, 02:59

"Congratulations! A shiny Zorua (Hisuian) hatched out of one of your eggs (Chain #102)!"

Just in time too to sell in AH xD.
Naughty male c:
1 Day ago

294k PD atm and I need to upgrade a new storage box ( Getting more Pokemon is, as always, expensive e3e. Just bought my 90th storage box ).
1 Day ago

2) I've just found out that large roaches can play dead. I knew I should of flushed it down the toilet, because it was "dead" near me, despite no one being near it to harm. Mother made me threw it's body in the garbage :/. Nearly an hour later, its body is no longer in the garbage. Meaning it was playing dead and is somewhere in the house now.
We need to burn it ene.

I just wanna draw but I can't because damn big roaches wanna be in my room. I was asleep in the livingroom last night because a big roach ran underneath my bed. My PC is in my room, hence why I can't draw. Also I use a drawing monitor, not tablet. So def can't carry it with me ><
2 Days ago

Dear artists,
This is something I am very curious about and wanted to ask, to learn of others perspective ^^. Which do you find the most easiest, in your term, to work on?
Humans / Humanoids
Or
Animals / Creatures
3 Days ago

Me: I'm not gonna blend colors and be super detailed with adoptables eyes, just so people will have an easier time copying the colors for commissions and whatnot

Also Me: Oops
3 Days ago

They are separate characters! I am not redrawing old designs >w<. Just thought I clarify, just in case!
3 Days ago

Asking for a price because I may sell a few or more of these for nuggies ( Maybe not the first one? Am debating ) owo.
Just to renew premium
3 Days ago

.
.
.
.
.
.
.
.
.
.
.
So far the ones I want in my team are Quaxly, Lechonk, and Fidough ( I debate on Smoliv ) qwp. Of course, aside from the starter ( I always commit with water starters ), the rest may or may not change depending on evolution. I really hope that they don't have poop evos >>. Also not gonna use Legendaries in my team, as per usual, to avoid it getting easy.
What about you guys? Are there any new 'mons you see that you want to use in your team owo?
4 Days ago

Also took a little longer because burnt one of my fingers when taking the pizza out ( We don't have oven mitts. We use rags instead :/. The rags kinda suck. Esp since I like to avoid the ones that has roaches climbing on it. I was unfortunate to take the thin one for the pizza :/. It was the only one that didnt had roaches on it )

Anyways...
No more drawing for today nwn. Gonna take a break and play a bit of game with a friend qwq
4 Days ago