Planned order of my next hunts:
-Aguageist
-Lurantis
-maybe Sprigatito? :'0

Sometime very, very far into the future I would like to hunt Yveltal. My goal is to save up for 150 eggs passively(= I will not buy these gems at the moment) while I work on getting Gem Discounts. Everytime I reach a discount I will lower my Gem goals to accurately display the amount of Gems I need.
Current Discount: 0% 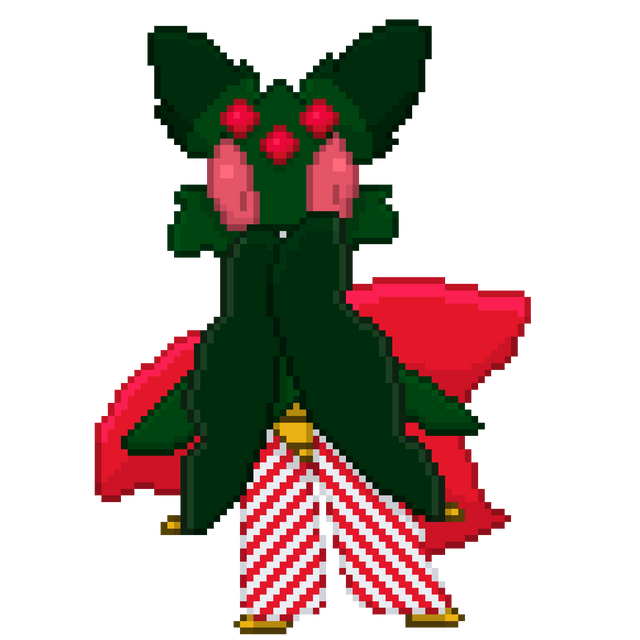 Good lord, the store I work at has 50% off everything starting today and jesus people are going mad, I swear. So stressful
Also always disappointed but not surprised to see people get grumpy with cashiers just because they had to wait in line a bit longer. Don't go into a store that is ridiculously full with all possible cashiers doing their best to keep up and expect to be out in five minutes.
Yesterday, 14:05

Chain 40 has been reached. Now I just need some luck to hopefully get my funky blue clown soon. If I wasn’t like completely obsessed with Splatoon at the moment the egg hatching speed would probably drive me crazy. Legendary hunts really are just slow xd
2 Days ago

Just need around 1.200 Grass Gems to hit my goal for the Fomantis hunt. If anyone has any for sale and is willing to sell them for 600pd a piece, feel free to set up a pt and I'll get back to you.
Probably gonna set up GTS trades later :'>
6 Days ago

The thing I love about being totally fixated on one or multiple characters is that I can have a stressful day and feel totally destroyed but I'll come home, look at a random pic I have saved of said character(s) and the world is fine again
6 Days ago

Blacephalon hunt is going very chill. The eggs hatch very slowly but that's ok, afterall it is baby.
Also my patience is being held in check by me suddenly getting into Splatoon. Quite fun so far :^ I love Deep Cut so much
I suppose this is sort of just an update feed incase any of my friends on here that aren't on the Discord have been wondering why I'm just completely silent now lmao
8 Days ago

Alright the event gave me the kick I needed.
Done with hisuian Zorua, the hunt's been draining me if anything. Now I'll go for Blacephalon and after that I'll move onto Pumpkabowl with an Event Pass :'>
13 Days ago

"What do you want for your birthday?"
The urge to just text back "silence."
I don't even mean this in a rude way, I genuinely want my birthday to just be silent and calm like a regular day with no acknowledgement of it being my birthday. The day means nothing to me, it's everyone else that wants to make it special :^
14 Days ago

Chain 300 now, 7 shinies this chain and with the previous chain the current total comes to 14 shiny male hisuian Zorua
I did not expect I'd get an SM Sableye faster than my female shiny h Zorua but here we are xd
17 Days ago

Trying to get home for like 1 1/2 hours and ending up stuck with a stranger and just both going "lord I hope that Bus comes" is one interesting experience
The bus driver taking us home now is a vibe tho so that's something I guess? Kind of funny just chilling and tiredly laughing with two strangers I just met 💀 I'm too tired and angry to be anxious
18 Days ago

10 Ultra Saddles left to get to my goal of 150. So hyped :’> Now I just need my female shiny to hatch and then it’s time for funky boi
Also changed up my profile a bit and added a progress bar for Grass Gems since I’m now saving up for a shiny Fomantis hunt :D Gonna start off this year on ph with a bunch of cool shinies to hunt
20 Days ago

What is the best event pokemon and why is it Pumpkabowl?


Joking, but seriously I love this mon an abnormal amount 😭
23 Days ago

25 Saddles left to get to my goal :’> If I don’t have my female shiny hisui Zorua by then I guess I’ll just switch straight to focusing on gems haha
23 Days ago

Figured out how to sprite in procreate and made a pixel sprite for both normal and shiny version of my OC Holly :^ I also added an egg because why not. Very fun and I’m quite proud of how Holly(Lurantis) came out :’>
23 Days ago

Ph discord leading to very interesting things. Like becoming an error message or getting eaten by Aguageist.
Love the new mon btw lmao, I wanna feed them all
24 Days ago

I went from not talking to people on here to having people watch me have a meltdown trying to figure out why my bot on discord wasn’t working, in like not even a year
Progress :)
I’m tired and will have nightmares from the (very simple by the way) code I rewrote 654465654 times, how do people do this as a profession without going insane
24 Days ago

When people on the street switch the side they're walking on, almost run into you doing so and then look at you like it's your fault
Like please, I even tried making space for you but I'm not gonna walk on the middle of the street just because you apparently need 5 meters of space to walk 🤘🏻😔
26 Days ago

Just realized I hit 1k hours of playtime :’> So much time spent on here, which does say a lot about how much I enjoy the site, considering I drop things I don‘t find entertaining enough after a month max
26 Days ago

Hello! My name is Venus!
I’m a 21-year-old woman that is insanely attached to the Pokemon franchise. I’m also an artist and animator(I animate rarely though)! Forum thread where I share some art pieces.
I love dark and fairy-type Pokemon, my favorite being Sneasel! I feel heavily attached to Gen4 and Team Galactic specifically incase that wasn’t obvious haha. I’m not super great at communicating(often say too little or too much) but I hope we can have a pleasant conversation regardless! :’>

Well, as you can see in my other panels: I’m always preparing some hunt.
If I’m currently hunting something you’re interested in or if you see something you’d be interested in for my future hunts: I’m very much down to hunt an additional shiny for you or have you join the hunt (aka hatching your gems/summons for you after I reach max chain and have obtained my own shiny)
I will keep prices for shiny slots(if available) as well as the items needed for you to rent the hunt updated here incase anyone is interested.

Current hunt:
Blacephalon
Once I get my shiny you can rent out the hunt by sending 1 Ultra Saddle + 10k pd (as compensation for the hatching time) or 200k pd per egg. All your hatched Blacephalon, no matter if shiny or not, will be sent to you.