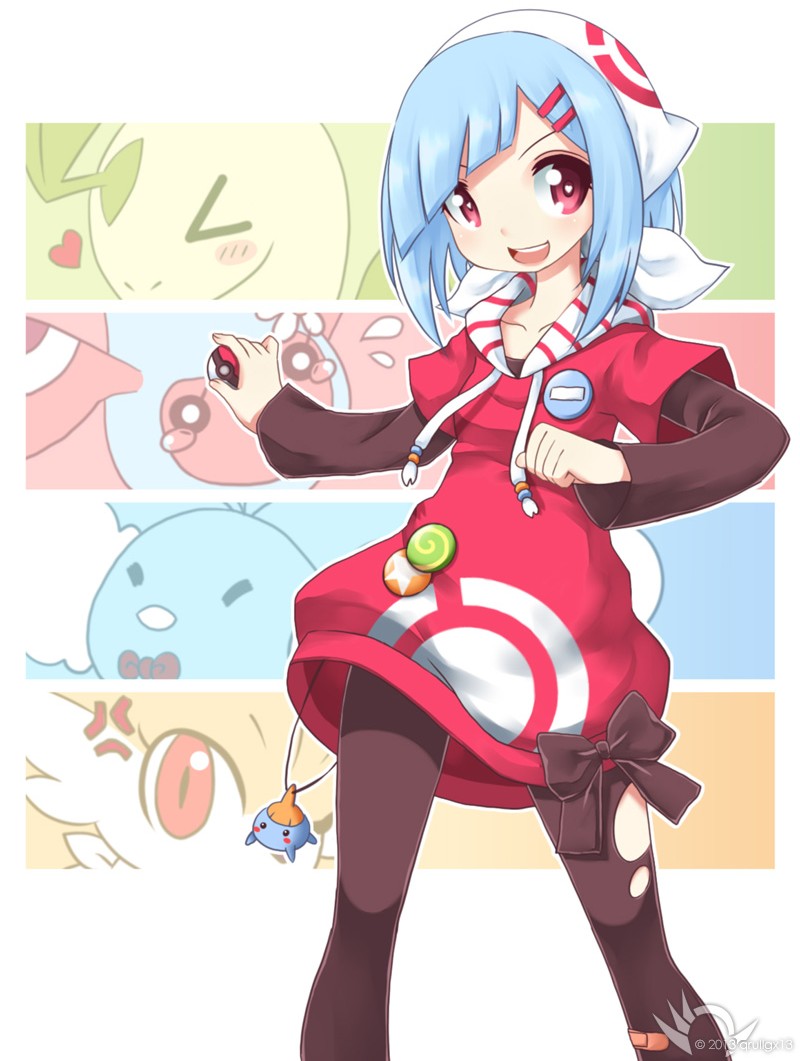 Forever look like a Pokemon Trainer, Alone is the surname...Her first Pokémon was

at the beggining that Castform didn't belived in Forever but littel by littel they started to be friends...Now Forever can't stay without that littel Castform...Vento Impetuoso also cry when he stay far his trainer...Forever don't borrow Vento if not for a few seconds and ONLY to a Few users...So don't ask her Vento...Ask each pokemon but NOT Vento Impetuoso (Vento impetuoso means rushing wind)...
After some day Forever has known another friends and new pokemons...

I have always been a kind and helpful person, maybe even too much so because I have often lost out, but that's not the point... The point is that I don't give a damn about the money I spend on someone because what I do, the help, the gifts I give with my heart... It's certain insinuations that hurt me, not the 'being used to get something' I already know that people do that. I've taken that into account, but that's not what hurts me, what hurts me is the fact that people pass judgement on a nickname without knowing what's behind it... First you ask, then you can judge... I've been annoyed by the insinuation without knowing what's behind it...
Yesterday, 08:35

Controversial post today!
A few days ago I changed my nickname to the one I had been using for a long time...It's a particular nickname to which I am very attached and it has a very deep meaning for me...So one thing that infuriated me was a comment I received in private that was insinuating that I had put my nickname to attract attention... This insinuation hurt me because it was a superficial insinuation and said without thinking..."Eh but I couldn't know that behind your nickname there are a world of situations that led you to use it..."You could tell me...Exactly because you don't know what's behind you shouldn't make certain insinuations...Maybe I took it wrong? I don't know, but these things hurt me and not a little you speak without any knowledge... It would have been nicer to know why Foreveralone instead of insinuating certain things...(continue)
Yesterday, 08:32

I really love this new game: Bloodline
4 Days ago

does anyone sell/trade normal gems?
4 Days ago

does anyone has got deerling summer and spring, klink, yamask and Sigilyph?Please
5 Days ago

please help to evolve my golett!!!
5 Days ago

Does anyone has got golurk, yamask and klang?
5 Days ago

By GTS - 2 Minutes and 34 Seconds ago.
XXXXX has accepted your offer on their trade in the GTS!

Does anyone have got Hollow space map?
5 Days ago

does anyone sell klink or golett?
5 Days ago

does anyone has got golett?
6 Days ago

I found virizion!!! Now of leggend I miss only meloetta,terrakion landorus X2
6 Days ago

By GTS - 45 Seconds ago.
XXXX has accepted your offer on their trade in the GTS!

Transferred Pokémon:
Linoone <=> Drilbur
Next one will be Zweilous
6 Days ago

By GTS - 1 Minute and 6 Seconds ago.
XXXXXXXXXXXXx has accepted your offer on their trade in the GTS!

Who am I?
Foreveralone ...
what do i do in life?
disgust...
What do I not accept?
gifts, friend requests
Why?
because I don't want anyone's pity ...
what do i love?
my loneliness ...
other thing that I love?
My hard earned Pokémon ...
One thing I hate?
myself