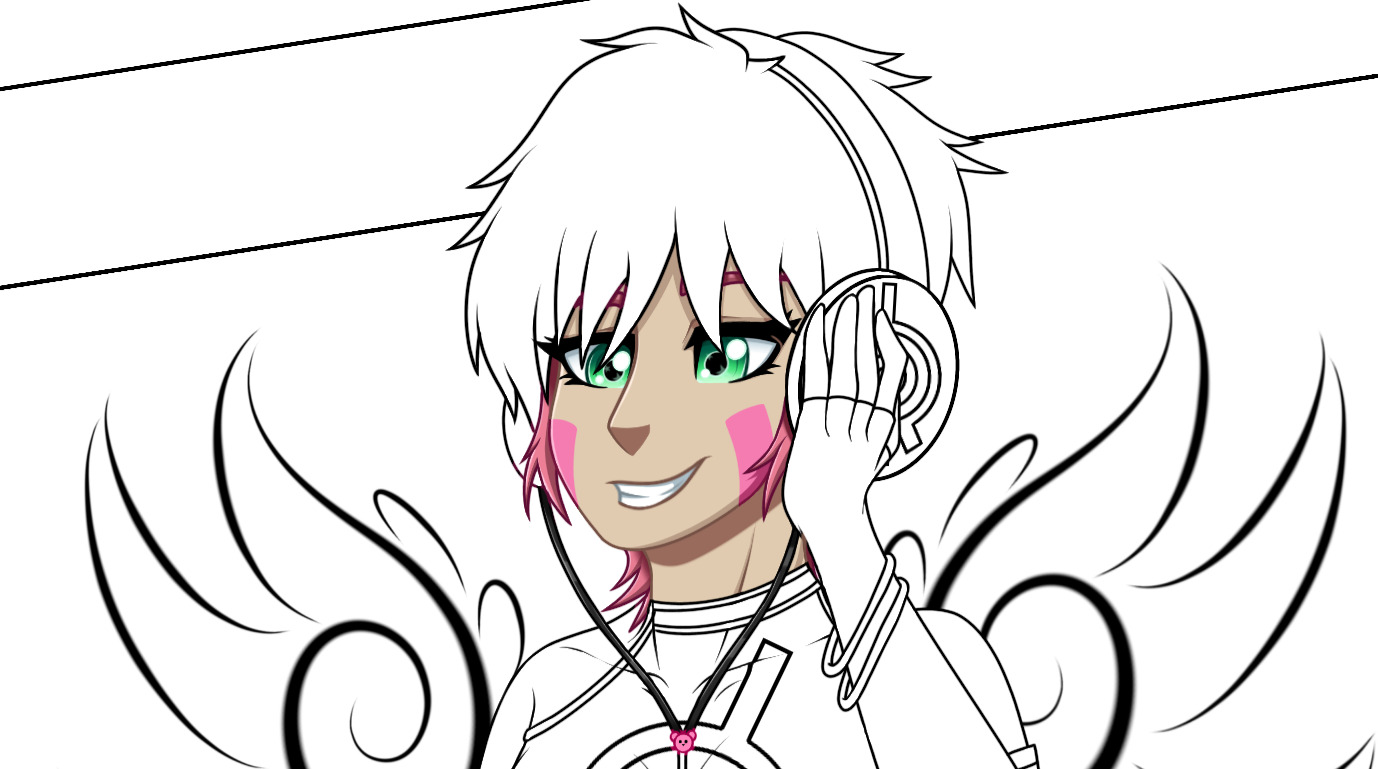 I haven't drawn the X.A.N.A logo since I was a kid. I forgot how difficult it is to draw it. There's so many rings going on.

And never. Never spin your art canvas while adjusting it, it'll make you so dizzy it makes you nauseous for a sec. OOF
Today, 03:19

Drawing some art of Aelita from Code Lyoko while listening to a remix of the show's theme feels really nice. Makes me wanna cry with nostalgia. It's so weird when I think this show was my whole life before I even knew about Kingdom Hearts. These two worlds feel so weird when I think about them. I still really love Code Lyoko. Onikitsune and I have been watching it on Netflix for the past year and it's such a joy showing him a show that was so important to my childhood.

It's humor is amazing and it still holds up to this day. I'm just sad they ruined it with Evolution. Evolution had such a good plot but the live action crap killed it.
Yesterday, 19:23

Only 10 more Azelf vouchers left before i get my shiny. Then I won't need to worry about buying them anymore. And maybe, just maybe, my PD can finally recover xD for the past year the majority of my PD has been spent on all 3 Lake Trio vouchers. Now the grind is about over.
Yesterday, 17:06

Guess the weather is just too crappy today to stream any Dream Drop Distance for a while. I'll just erase all I did and start fresh tomorrow.
2 Days ago

Finally to the point in Kingdom Hearts Re:Coded that I have to fight Data Roxas. The Other Promise (the battle music for this fight) is so hauntingly beautiful in this game.
2 Days ago

Looking through all my past shiny hunts, I've noticed I've been pretty lucky with shiny legendary hunts.

Guess Legend hunts are nice to me than Shiny Mega hunts. The closest legend hunt I can do next is maybe Galarian Articuno as I have 44 purple feathers saved up. But I don't wanna start that hunt until I have 100 of them.
3 Days ago

22nd Shaymin! Only 4 days left so i dont think I'll get the 100% shiny increase but im glad they'll roll over for next year!
3 Days ago

Got a cool thing I posted in my Art Widget while my lazy bones decide what to draw next.
6 Days ago

Congratulations! A shiny Eevee hatched out of one of your eggs (Chain #443)!

YouTube is very hungry for ad revenue these days, huh? This video has 8 ads all at once before it has another ad break a few minutes later. YouTube really trying to be like TV now with multiple commercials every 7 minutes.
10 Days ago

Item Market - Search Filter:
A new item trade has been posted that matches your filter!

See, at first it seemed like a good idea to automatically have the prices lower if things aren't selling. But then you can get goofs like this who will set them so high it'll take years for it to get to a fair price. Plus people can just take trades down and repost them to reset the timer with no penalty. An amount cap is really needed. But what would be great if there weren't greedy people who try to buy stuff for way cheap and go around and sell it for ridiculously high prices and say "it's fair I even checked". No, no you didn't.
11 Days ago

Bruh no way, was Bragi Luxu this whole time? I mean it makes sense since so far after Luxu left his old body he's been Braig then Xigbar. Bragi would make sense since it's just another spelling. The moment he said "as if" I knew it was about to be a Luxu reveal.
13 Days ago

Carpet: *Stalking them from behind as the group walks forward*

Urd: It certainly is.

Carpet: *Is shocked and leaves downheartedly*

*Eraqus walks by and into another room*

Urd: It certainly is.

😂 The humor in this game is amazing.
13 Days ago

So, we just finished watching the live action Pinocchio.

I am not a fan. Way too much was changed and the acting/voice acting felt very grainy on the ears. Probably the second worse next to The Lion King.

Took so much out and added so much useless crap that felt awkward, like forcing a love interest with Pinocchio was very bad. Not every movie needs romance and this ain't it.

And wtf was Monstro? He's not a whale in this movie he's like some Subnautica fever dream creature.

So yeah, if you were on the fence about watching it, I say save yourself an hour and a half and watch the original movie.
16 Days ago

So, the live action Pinocchio came out on Disney+ today, I'm gonna be watching it with my boyfriend. I hope it's good. The last time a straight to Disney+ live action remake movie came out that I saw was Lady and the Tramp, and that was honestly not that bad, I enjoyed it. Now The Lion King though, *shudders that I refuse to ever watch again. Beauty and the Beast and Aladdin I did like too. I haven't seen the Dumbo remake yet I may have to also watch that soon.
16 Days ago

Rest in peace, Queen Elizabeth II. You were such a beautiful soul and will be deeply missed and remembered for generations to come. Your beautiful soul is now with the Angels and your beloved Prince Phillip.
16 Days ago

!!Please Do Not!!:
☆ Ask for free items, or ask if I have items for sale, unless I made a post regarding such things.

☆ Ask for any Pokemon that is NOT in my Trade/Sell Box.

☆ Ask for free art. Nor commission me when my shop is closed.

☆ Ask me to buy items off you unless I made a post stating otherwise.

☆ Known Cheaters/Beggars will swiftly be blocked and reported. I don't tolerate these people.

Bring back what once was mine

~A wounded heart may take years to heal~

~Who we lose can feel like they're gone forever~

~But even if they're not here anymore~

~Doesn't mean they've left our side~

~And one day we will see each other again~