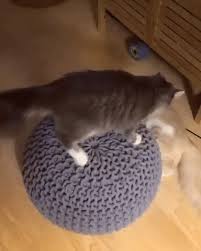 Dodo birds had no natural predators, so they had a massive population. They attempted to play and befriend with humans, but in exchange they were hunted to extinction
Today, 01:46

Inside you is two wolves. One is gay. The other is gay. You are gay
Yesterday, 23:20

Allright... the English bulldog (granbull & snubull) were in Hawaii... but not in Europe
Yesterday, 23:00

I’m so bloody tired of this, I just want my shiny zubat in let’s go eevee so I can transfer it to shield and get a pink crobat
Yesterday, 16:11

My lizard brain tells me to grab my kneecap and rip it off because it is not attached to my bones, but I’m not going to, no matter how much it tells me that’s what I’m clearly supposed to do with it
1 Day ago

1st shiny in let’s go eevee: 2 nights straight of hunting magikarp, finally got one and evolved it into a beautiful Red Sea monsters

2nd shiny in let’s go eevee: 3 hours of hunting for charmander, a shiny rhyhorn showed up instead

3rd shiny in let’s go eevee: 1 hour of hunting for charmander, a shiny Machop showed up instead. Kept it as a nice green & blue Machoke

4th shiny in let’s go eevee: 30 minutes of hunting for shiny growlithe, a shiny porygon showed up instead
1 Day ago

failure they strat sucked
2 Days ago

Throwback to that omanyte I drew
2 Days ago

Aight, if your age was your trainer level what would you be doing? I’d be idk probably buying a truck and slowly starting to obsess over garfield
2 Days ago

I’m not vegan/vegetarian, but I can say one thing. Never eat veal. It’s a horrible food, and I,pregnating a mother cow to kill the maybe, never letting it move an inch in its life is way too cruel for food. Just eat the cow man, the baby ain’t do nothing to you
2 Days ago

Another egg has successfully bred
3 Days ago