Hunt kyogre Future hunt: 14 out of 150 Sapphires collected 9% of my goal


Get the owner to get a Gravity falls Avatar

Sprites above made by ErrorThePyromaniac ! 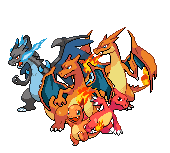 "Your feedback helps us greatly in the process of planning new features & events."
go to kanto and vote pidgey for pidgey event
Today, 15:52

This is most of what I remember about my pe teacher
Yesterday, 22:38

My foot my choice

since you have a chance to get an egg every 15 minutes you can get a maximum of 96 eggs at daycare per day
Yesterday, 15:31

how much do I have to hate the government(/s) before it becomes a hobby
Yesterday, 13:01

who has among us game
1 Day ago

" The gay panic defense is a legal strategy in which a defendant claims they acted in a state of violent, temporary insanity, committing assault or murder, because of unwanted same-sex sexual advances. A defendant may allege to have found the same-sex sexual advances so offensive or frightening that they were provoked into reacting, were acting in self-defense, were of diminished capacity, or were temporarily insane, and that this circumstance is exculpatory or mitigating. "

love ya guys
2 Days ago

Am I funy
2 Days ago