Been into Pokemon since playing Yellow Version. Big favorite Pokemon is usually Lucario/Riolu, but also like any fox based critters as well. A shy artist in terms of sharing work online in fear of art theft; individual on the autism spectrum and a bit angsty. OC box's self explanatory: Pokemon based off my characters. I can't say I'm nice as that depends on how you treat me. Do NOT friend me unless we've talked often.
I rather know a bit about you first before I add you back. Any random folks that have added me without checking with me will sadly be blocked. I don't mind text posts but please don't over do it too often or I might remove you for overdoing it... No PMs saying "Hi" please. If you have real intentions on interacting with me, drop a PM. Don't message me asking for PKMN/PD as you'll be declined on the spot. No trades unless we're friends please, especially evo trades. I don't always send plushies back, sorry.

Extra Spot for an Egg in PC: 65,961/250,000
These are mostly notes for myself, and are updated infrequently. PLEASE don't send anything unless it's given with good intentions.
Current Goals:
- Save for Premium (starting with the 1 month)

Currently Hoardering Riolu/Lucario; most of which are from hunting Riolu, but I've been trying to cut back on the hoarded amount.

While I admit that this has been done numerous times over and over, I figured that I would jump along with the gang. I had considered a lot of Pokemon such as Leavanny and Audino being some of my favorites - but there was one that sort of stood up above the two of them combined. That Pokemon is...

Out of all the previous results from various personality quizzes like Togetic and Pikachu, why in all of Sinnoh did I pick Riolu? For starters, they're more or less overlooked by their evolved form. Don't get me wrong, I love Lucario - but Riolu is my favorite baby Pokemon. I admit that I would keep one of these at the baby evolution in X just to do Pokemon Amie with it. The small but mighty sort of vibe is what got me into liking them a little more as well.
The design also dragged me into using the species as Poke-fied version of self, but just learning to read the emotion of others would be sort of ironic and cool at the same time. Long story short: some folks on the Autism Spectrum can have a bit of difficulty reading what other folks are feeling. As for the nature, I'd take a pick in the dark and say either Naive, Quiet, Timid, or Relaxed. Nothing to do with specific stat boosts or taste preferences, but just based on my real life personality.

Anyone else having issue with not getting a verification email for their account? If it's just me, I'll probably have to switch emails then... Doggone Outlook hates a lot of the sites I get emails for with my address on their servers.
Yesterday, 20:54

I'll be posting this to both my PFQ & PH locations:

Not sure how much I'll be playing over the next month, I know for sure it's going to mean less activity here. If anyone would like to continue to stay up to date with me and have a bit of connectivity still, I have been playing more of Pixpet as well as Dappervolk and Furvilla.

Links to those are on my profile (FV is locked to FL only, sorry). Feel free to have me as the referee if new and send a PM mentioning this site.
5 Days ago

Made a new poll from the ashes of my frustrations. I am expecting a bit of backlash and crud hitting the nonexistent fan...
5 Days ago

Kind of would like to trash my Pokemon Comet account, keep getting messages from folks for trade despite not reading the profile text asking for no trade requests regardless.

Granted I've seen a few here do that crap with me here as well - and I sadly refuse to buy the "I read it as the opposite" excuse. Maybe that's why I'm trying to cut back on my online gaming footprints: folks tend to not pay attention to important stuff... 😑
5 Days ago

Not one to be irritated over a free to play game but I've noticed that the surprise pop-up Pokemon in Go always makes the resulting photo completely purple - a grape juice purple. I wish I was joking but I figured this was a small bug and it would be fixed...

Been having this issue since the Snivy Community Day. I would think folks would've made a big fuss about this right about now - or they're passively telling me my phone sucks.
6 Days ago

Interesting how I read my status updates here as spontaneous and giddy for one and serious and mature the next. If there was a logical explanation for this, I don't know the word to describe it.
8 Days ago

Rewatching Bones on Hulu, looks like they finally added the skip intro option for the shows.
10 Days ago

Holy cow, I got a Gengar from Wondertrade! Would be surprised if it was originally owned by me though...
10 Days ago

Doing more Backlog stuff, can't believe I've added a Japanese exclusive NES title to that list that I was able to play through a bootlegged NES classic console. I put it under plug and play as the console with the original game being an NES title and region Japan...
11 Days ago

Finally got my Backlogger account activated, the profile pic was a different story. Had to sign up for an Imgur account because it was the same thing with Xanje on safe image hosting sites...
12 Days ago

Rewatching House from season 1, managed to watch through most of season 4 before I lost interest. Maybe it's because of the change in team aside from Foreman, but season 3 felt like the peak of how interesting and appealing the show was. Season 4 was probably the last one I knew an episode or two of from its Fox run.
12 Days ago

I'll be cutting back my DW spending for a while, so that means a lot of possible Magikarp sending... Please notify me if you're okay with getting one. Anyone else that feels neutral or doesn't want to receive one at all, you're not required to do a thing. I rather have a list of folks that are fine with getting one rather than randomly sending one and running the risk of starting a bit of unnecessary drama...
13 Days ago

I know a lot of folks get the wrong idea when they get a Magikarp plush but I've been sending them out with a legit message from me on the whole fiasco. I used to be against getting them because it's cheap so a lot of folks pick it to send to people. However there are folks that legitimately send one with no malicious propose at all and I hope to spread that message around with the Magikarp plushies I attach the message to.
14 Days ago

Please do not add me to your friends list as I am not comfortable with random folks adding me. I have asked this on profile in as legible as possible and I don't want to start confronting others to remove me.

I had removed the previous attempt as it might of been more anger filled and I couldn't edit it...
14 Days ago

Part of me would like to see a different implementation of the Friends. I'm tired of having random folks add me when I tried oh so hard to make it visible I don't want random friend requests. I don't like to confront folks via PM as I risk a huge chance of it escalating.
14 Days ago

My current outfit over on Dappervolk is absolutely adorable. I still need to find some blue eyes that are wearable by the animal class and I can replicate myself! :>
15 Days ago

Considering that I have 14 whom added me and only 5 of them are added back, if I didn't add you - please remove me from your friends list.

Nothing personal but I do not add folks out of wanting them. I add them because we talked a bit and felt comfortable with them. I've mentioned on my profile that I don't want nor accept random friend requests. Anyone that comments that they misunderstood that will be subjected to a block. I cannot buy that excuse as I've made it as big as humanly possible on the site.
15 Days ago

It must be nice not giving me eggs to pick up from daycare when I have open spaces for them, but the second it gets filled for a while - "hey! We found some eggs for you!" Must be nice now that I ruin that precious timer down before you set them free for me to find before someone else does! /s
16 Days ago

Went ahead and removed a few links to other sites I'm on due to lack of interest.

PFQ especially since my activity has been crunched dramatically. Other two haven't been holding my interests long enough to consider leaving access to.
16 Days ago

It's rather boggling to watch through some of the full episodes of House M.D. that I've only caught a glimpse of - beginning or middle of it. It does feel gratifying to finally see the rest of it while at the same time, odd that I'm not going mentally berserk like I did when this show was still fresh on Fox.
17 Days ago 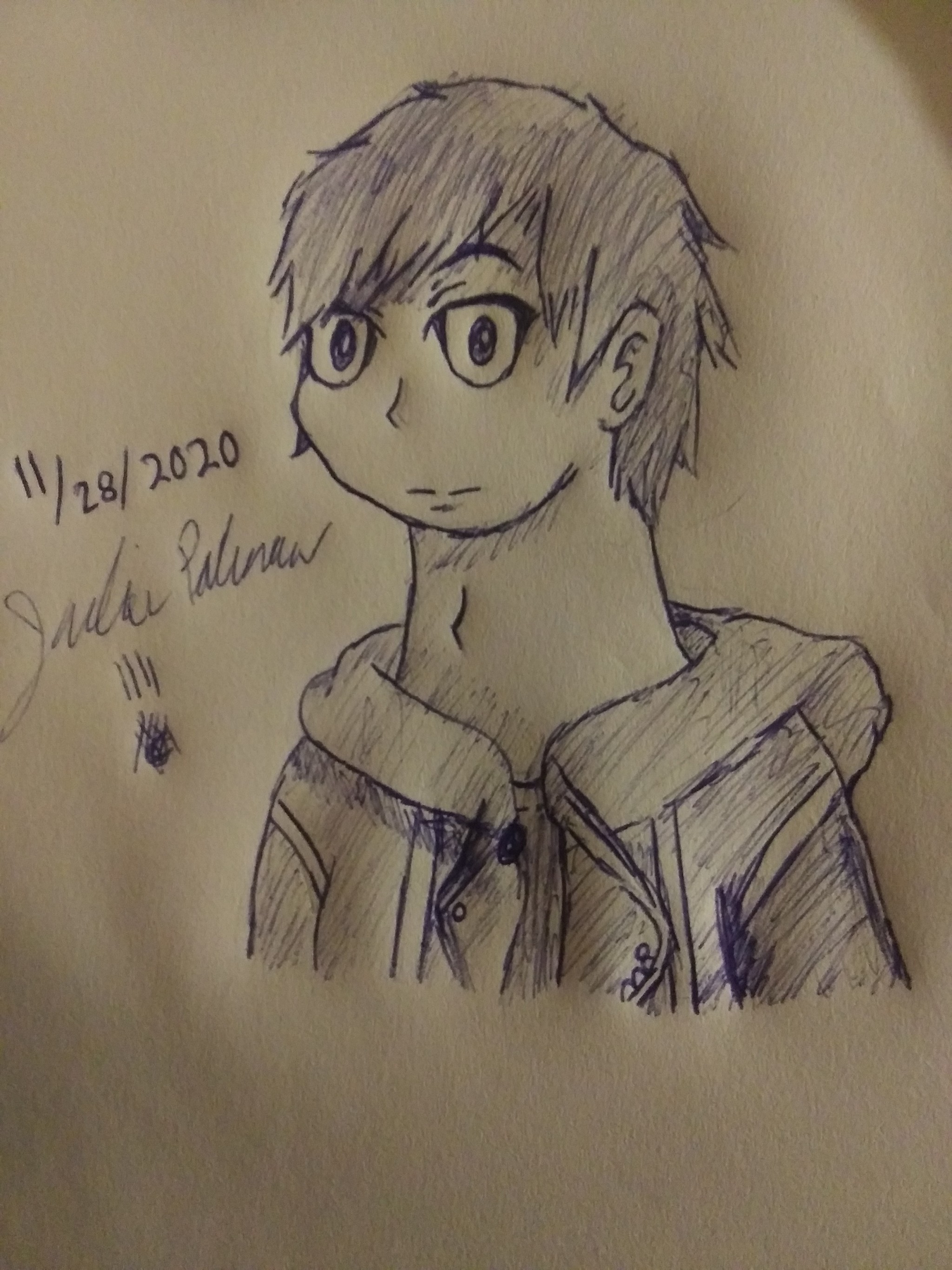 ~ I've also made the icons for both the Genderfluid flag and ASD infinity sign. ~

Aside from Pokemon, hobbies include reading & drawing. Native language is English but have been trying to learn Japanese during my off time. Supernatural beings in general are a interest recently, mostly vampires and werewolves. Sometimes it varies between which one's my main. I do have a longer list of other minor interests but I will usually go crazy over informational sharing of the ones listed above.

Feel free to send an aura boy, a personal favorite, or one I'm missing from the collection.
Gif: My Melody (Favorite Sanrio Character) Tenor