I am SonicAndTheBlackKnight - or you can call me Sonc - and I love to have friends so don't be shy. I like a lot of Nintendo and Sega games, but probably my most favorite of all time is Kirby. I'm always open to some chatting in the PalPad, so go ahead and PalPad me if you like... or just watch me, I guess- I won't mind. Drawing and video games two of my favorite things to do. I try my best to treat others as better than myself, and to and help anyone in any way I can. I'm not very sensitive either, so I won't mind dark humor. With all that being said, have a wonderful day!

Wow I have no idea how this thing is so accurate except for the most people like you part (but then again, I do seem to have a little bit of that Dragonair in me...)

He/Him/Sonc
Lonely but not alone
Kind at heart
Likes all kinds of humor, including dark humor


They say that you should love your neighbor as thyself, but the thing is... I don't like myself. In my own words, I am in an eternal battle with my soul. But I won't let that hold me back- I will treat all others as kind as possible. And I do respond to simple "hi" messages.

Some art, I guess

I used to have links to some sprite shops of mine here, but I'll be honest... they were utter failures.

I know my art isn't the best, but please don't steal it or the others. 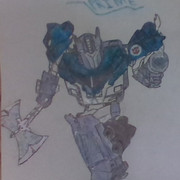 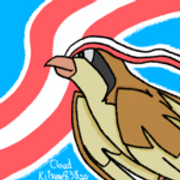 My favorite Pokemon are :

Name: Passion (for @Nymphrasis)
Adopt one yourself! @Pokémon Orphanage

So my mom cut my hair today. And she cut it way too short. Being a person who takes my hair very seriously... Now I can't even look in the mirror without getting angry,
1 Day ago

#HappyBirthdayRoyal
Hope it was a fun one!

So I may have just educated my dad on Spooderman

Could've been a mistake, but it was worth it for the comedy
7 Days ago

I have a simple question that probably no one will answer because my feeds have been being ignored as of recently but: Does anyone else here play Pokémon Unite?
11 Days ago

(Xenoblade Chronicals 3)
I wonder if the consuls ever think "it's Moebin' time" when they transform into Moebius.
12 Days ago

Hmmm... I wonder, if Hulk is smart now, does that mean he can become worthy to wield Mjolnir?...
...And not get beaten by a coat hanger?
17 Days ago

Here I was, all these years, thinking that Kirby is like an angel...

But Kirby's Avalanche really shows the "demon" side of the Pink Demon.
22 Days ago

Troupe Master Grimm got cooler battle music than The Radiance.

Nightmare King Grimm is also harder than the Radiance...

Question: What does it mean when the Charmander in the rumble areas is shiny? Anything significant?
26 Days ago

I was only gone for a day and I'm already seeing posts with the word "shiny" at least 100 times...

I never realized how much I missed playing it :P
1 Month ago

Looking back at my old "How well do you know me" quiz, I must've made it when I was young- because it is way off. I'll re-do it eventually.
1 Month ago My cousin I didn't know I had

That one busy dog

That one Deltarune/Braixen obsessed kid