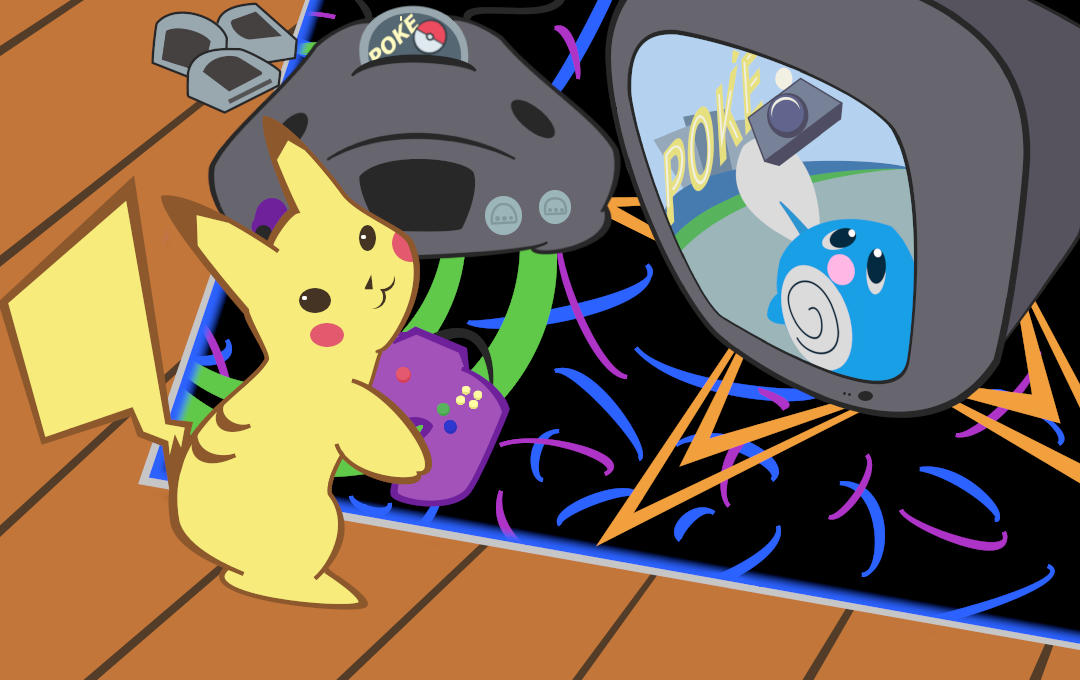 This was my entry for the 2022 Pokemon TCG Illustration Contest. The idea behind my entry was a Pikachu that is kept as a pet curiously playing with it's owner's N64 much like how pets in the real world will paw at their owner's stuff out of curiosity. I wanted to do a pet Pikachu because most card illustrations are Pokemon in mid battle or wild Pokemon, whereas my favorite illustrations are of people and their Pokemon pets.

unfortunately I didn't win (I didn't even place top 300) but I'll try again during the next contest. 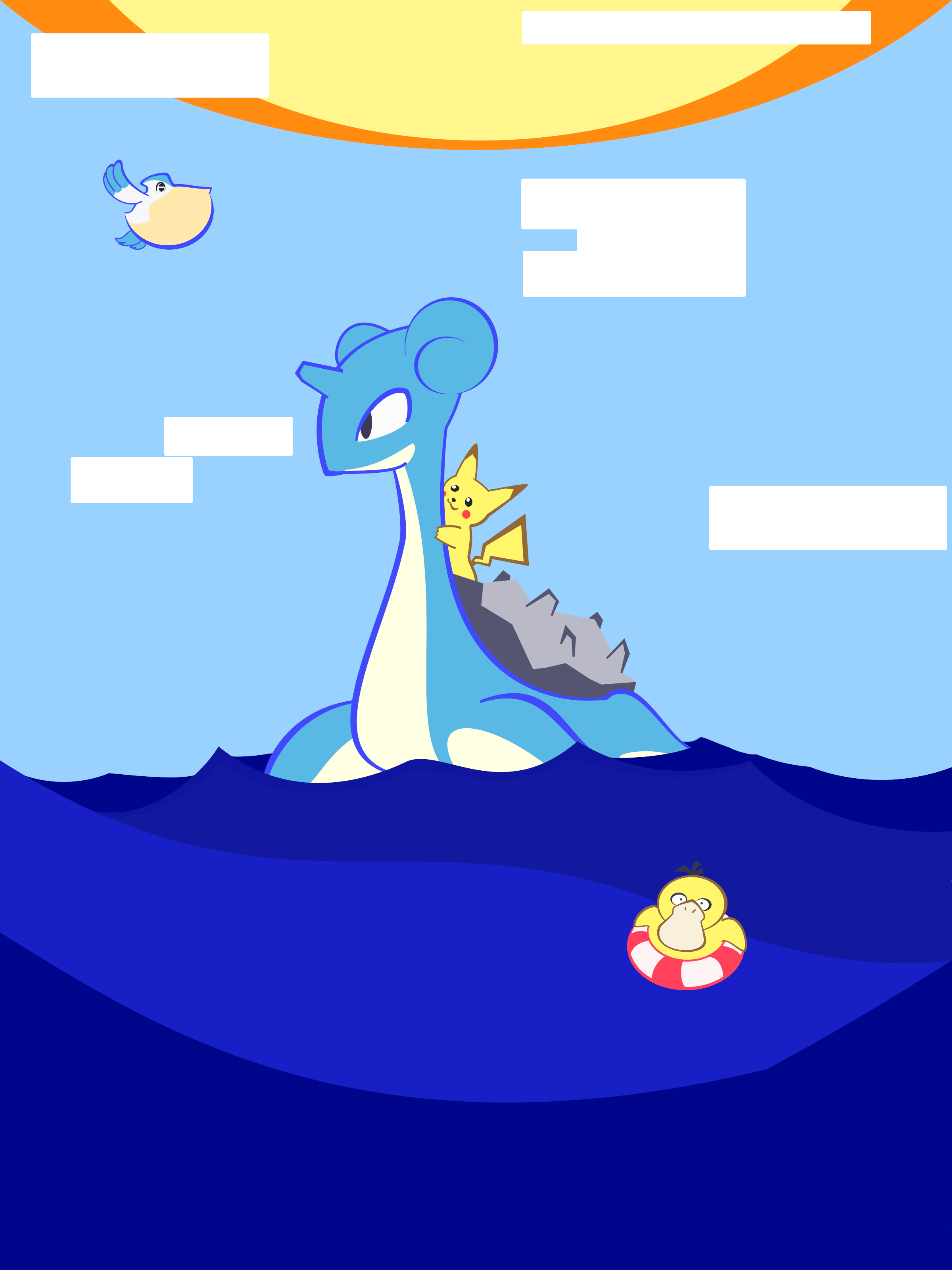 Sat down and watched the Xbox Developer showcase and definitely interested in Hi-Fi Rush.

Finally got my pumpkabowl the other day and it's currently level 20. For it's evolution, does it evolve and automatically have just a random fish Pokemon in it or do I get to pick which fish it has instead
16 Days ago

I finally got the fountain plushie
26 Days ago

So about every 10 days or so we get new plushies to work towards but after the last three Shining plushies went away on the 24th there haven't been any new reward plushies.

I see at the bottom where it says that another 2million points need to be spent for new plushies to be added to the shop but I thought that meant new plushies that you buy for others, is that not the case?
1 Month ago

Luckily I already had 2/3, I just needed Spheal which I was thankfully able to grab for 300 still.
1 Month ago

Honestly I don't want an Anime without Ash, it was bad enough when we lost Misty and then Brock years later.

I truly feel like another part of my childhood is dieing, I get that it may seem stupid to some people but it genuinely bothers me.

It's not like he's too old now, he's been ten years old for almost thirty years (except for Black and White when they made him eleven...and then dropped him back to ten the very next series)


Can we at least see him pop up regularly in the new series? How about show him finally becoming a Frontier Brain
1 Month ago

Did they really make Ash retire? I feel like yet another part of my childhood just died.

I'd be ok if they wanted to focus on another character for awhile but I wished they didn't just end Ash like that. I'd rather they just quietly make a new character the focal point and let us believe that Ask could still be a thing.

Sunflora is #MyCoolestPokemon , Sunflora sparks joy in all who meet him and makes a great double battle partner for Pokemon like Entei or Charizard Y(back when we still had megas)
1 Month ago

Earlier today I took my Mom to lunch and afterwards we went to an antique store that we like where I found a Johto Journeys Mission Spinerak VHS tape.

The seller wanted $10 for it which is way more than what most people ask for tapes nowadays but I shelled out the money since Johto Journeys my favorite season and I never see the tapes for this season out in the wild anymore.
1 Month ago

Checked out the Salvation Army's Angel Tree in the mall tonight and most of the kid's wishlists that were left on it were all 13 year old kids wanting Switch Consoles...

Do people actually go out and buy $350 Game Consoles for complete stranger's kids?
1 Month ago

Just found my second Shining Pokemon in Violet. My first was a Rookidee and my second is a Nacli (Which I nicknamed "Minecraft" probably just like everyone else)
1 Month ago

Reeeeeealy hope Scarlet and Violet get an update soon, the frame rate drops are getting more frequent and for the first time ever I had a Pokemon game straight up crash on me.

"You obtained a new Badge (Hoarder)!"

Been playing Violet for about an hour now and I'm sorry but I have to call this out, the school uniform your character has to wear is a complete joke.

Seriously
Short shorts
Loafers
Socks pulled all the way up to his knees
A button up shift WITH A TIE
And to top it all off, a way too big hat that looks like the helmets that they make Japanese elementary schoolers wear...

Just picked up my copy of Violet
2 Months ago

Picked up a GBA SP as a late self birthday present today. I have working GBAs but I've been want an SP again and I found a Silver one like I used to have years ago.
2 Months ago

Having trouble getting online with my computer (using my phone ATM) I swear I get two weeks of flawless connectivity then I have to slog through o month of my computer not wanting to stay connected to the internet.

I don't have this issue when connecting with my Switch or my Xbox One, it's just my computer.
2 Months ago

If anyone is still Trick or Treating, I'm afraid of Ghosts.
3 Months ago

Finally got around to sprucing up my profile. I added some of my illustrations and a more visible link to my Newgrounds. 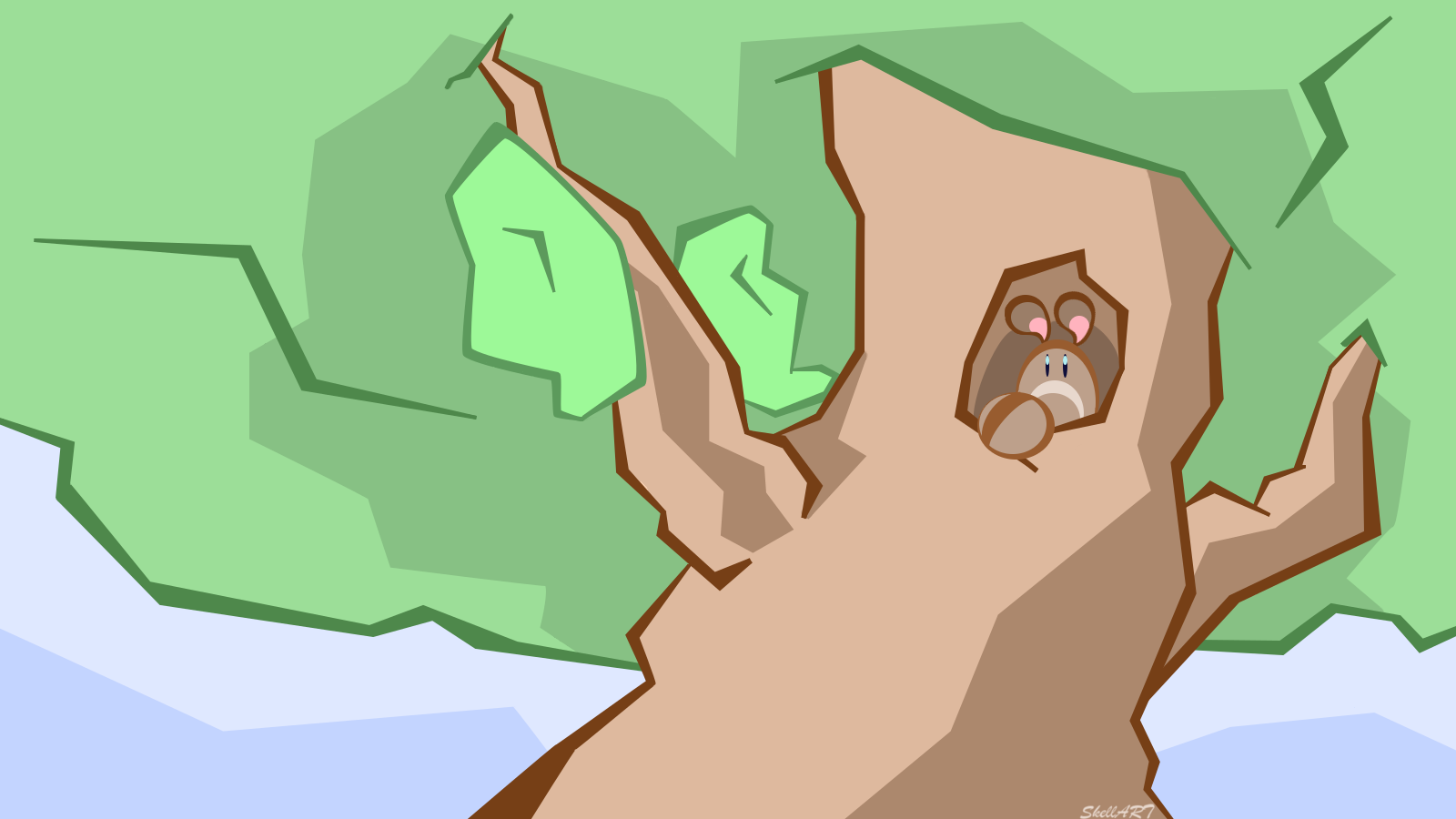 Find more of my Pokemon Art (And just art in general) over on my Newgrounds!