I am a South Korean immigrant to the USA who had become a bilingual in 4th grade, knowing English and Korean fluently, I love JoJo's Bizzare Adventure, (especially part 3) I graduated at age 24 (or 22 in American Years) with a bachelors degree in neuropsychology and was a neuropsychologist for 4 years until I quit my job. Currently, I am 28 (26) and I watch anime frequently. I own the fanfiction forum of Life of a DPRK Pokemon. 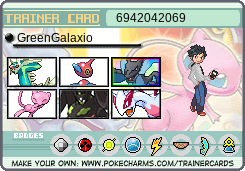 Here's a page of the communist manifesto.

The weapons with which the bourgeoisie felled feudalism to the ground are now turned against
the bourgeoisie itself.
But not only has the bourgeoisie forged the weapons that bring death to itself; it has also called
into existence the men who are to wield those weapons – the modern working class – the
proletarians.
In proportion as the bourgeoisie, i.e., capital, is developed, in the same proportion is the
proletariat, the modern working class, developed – a class of labourers, who live only so long as
they find work, and who find work only so long as their labour increases capital. These labourers,
who must sell themselves piecemeal, are a commodity, like every other article of commerce, and
are consequently exposed to all the vicissitudes of competition, to all the fluctuations of the
market.
Owing to the extensive use of machinery, and to the division of labour, the work of the
proletarians has lost all individual character, and, consequent
6 Days ago

Thats right, pridenumber Sunday, this is a one time thing and we'll do 3 today
27 Days ago

I am fluent in Korean and English and I love Pokémon and JoJo's.
1 Month ago

The Sunday Random PokeHeroes Phone Number Blog has started, 1 sunday, 197 numbers, we will start with the United States, a random possibly maybe valid number.
1 Month ago