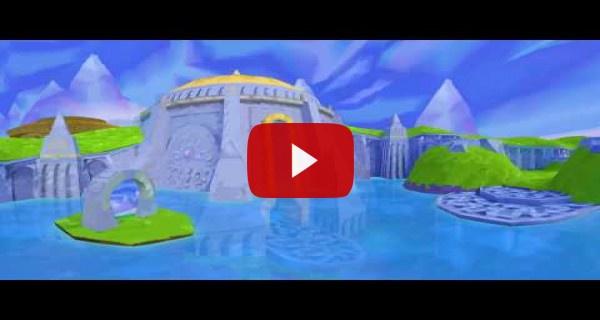 ­
Art in avatar by the artist Suspicious-Spirit

I wish that we could still put emojis in Pokémon nicknames.
Yesterday, 23:26

Ever since I've been hearting every Interaction Exchange feed in 2021, there's only like 3 people who have me blocked that actively do them. I find this to be very fascinating considering I know how many people have me blocked. Whenever I try to send out completely random plushies I get that block message a lot. Experiments are fun.
Yesterday, 21:01

Heyo! So I'm aware that a lot of people really like this Secret Whisperer thing and they like the idea of people being able to send them anonymous messages. But, I also see that there's problems surrounding this. People are being sent inappropriate things and messages that make them uncomfortable through Secret Whisperer. There's also people who seem to be getting fed up with seeing people sharring their Secret Whisperer links. While I personally don't mind the latter, I do understand where people are coming from.

Anyway, here's a feed that I made some time back ago. I was thinking about this the past few days and thought that this could be a great solution that would make people opt out of using Secret Whisperer and other 3rd party sites. Users would feel more safe if we had a system always in place on here where you can receive gifts where Users can attach anonymous messages if they wish to.
[cont. in comments...]
Yesterday, 04:42

If you are reading this then that means the test was successful. This here is what we call a feed. You may mistaken it for a tweet, but this is an exclusive feature of PokéHeroes. How about you put it to the test yourself now? Just type what's on your mind or share some news in the text area below. You can then press the "Feed" button when you're done. It's that easy!
2 Days ago

They have high expectations of you, higher than what goes beeyond human.
4 Days ago

I hate being as alone as I am and have been for so long now. I hate how I'm never given enough attention. I hate how I never feel that I'm enough. I hate how I just feel broken from my thoughts. I hate how most of my feelings remain very perpetual.

I hate how my true self hinders on love I need, but don't have.
10 Days ago

[Major Update]
I've spent around 20 hours the last two days coding what hopefully many of you will enjoy. I've spent to time to add and implement a new feature into The World of PokéHeroes Eggs!

This new feature is a new toggle option, when toggled, you will be able to click on the eggs to see any of the Egg's Art. Something to note is that if an Egg doesn't actually have any art for it (can't be found) then when clicked on it will display any of the 5 Universal Eggs randomly. This is intended and meant to be as accurate as possible as when you directly interact with these Eggs that have a design (but no Art) here on PokéHeroes then that's what you will notice and see.

Also, this is futureproof. If there is any Art added for eggs that don't currently have them in the future then they will show here and display as intended without me needing to change/update anything myself.
11 Days ago

I see the quite mixed reactions for the recent update. I completely understand the people who may be disappointed because Dex Rewards and other untradeable Pokémon didn't just become fully tradeable.

The thing is, Riako wasn't willing to make Dex Rewards and the rest of these Pokémon fully tradeable. Suggestions about this in the past were denied and Riako was completely against the idea. This is because it would just ruin the entire point of Dex Rewards and they wouldn't really be a true Dex Reward and meaning of accomplishment.

While I know people are kind of disappointed and I do understand that, what I don't understand are the people complaining and some of the negativity in regards to this update. Just because some of these Pokémon are going to be very low to nothing in value doesn't mean all of them would. Besides, if some didn't have value before, and still don't have any value now and are next to nothing, what's so wrong about that?

If I were to sell any of my Shiny Diancie, how much would you pay up front for one? Just want to know out of curiosity, not that I'm so much looking to sell any of mine.
12 Days ago

The new update in regards to Dex Rewards being tradeable was implemented and based off of this suggestion I had made previously.

For you to trade (give/receive) a Dex Pokémon, both users must have the Egg Dex entry for a trade to be possible. This means you can't get a Dex Reward until you've obtained the one that you would be wanting yourself. This helps these Pokémon now have value when they had none at all before, won't devalue their shinies easy/fast, and will now make them easier to be obtainable for everyone in a way.

Also, this has made more than just Dex Reward Pokémon be tradeable. Pokémon such as MissingNo. are now semi-tradeable too in the same way, but some Pokémon are still completely untradeable (such as Harvest Sprites for obvious reasons).

Anyway, I hope that everyone enjoys this update. Shoutout to Riako for being awesome! 🦆💙
12 Days ago

Coding is life.
13 Days ago

In regards to my last feed, it should be back up and fine now. Enjoy!
16 Days ago

As I've stated in a previous feed, it was time for a revival.

The first project I had first worked on here is now back after about a year without any updates. This project is what is known as The World of PokéHeroes Eggs!

To anyone that is new, this project is meant to be an overview of all the Pokémon that have an egg design on PokéHeroes and to showcase them all, or help you better learn them. I'm still in the process of updating and reworking it more, but for now it's back with the Pokémon that were missing from it over the past year.

You can also find the project in my Contact Links as usual in case you want to access this project or check out any of my other projects.
16 Days ago

I feel biased if I would give Wiki Staff a 5 instead of leaving it at "Don't know" as much as that's how I'm viewing it objectively given the time that it has been in the world (pandemic) and taking everything else into consideration amongst the team such as friendliness, work still getting done, writing/coding skills, knowledge, etc.
16 Days ago