On Shiny Hunting and Shadows 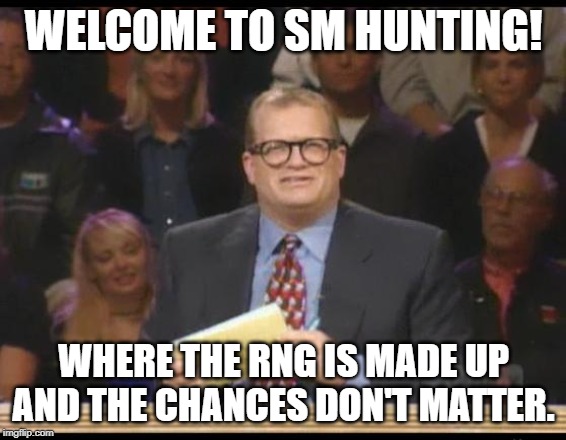 Anytime I do a Shiny Hunt, you're free to request to buy Shinies from me. You can also refer to my Shiny Trade/Sell Box and see if anything catches your fancy.

As for Shadows, the overflow goes straight to the Double Shadows Box. Here you can see if you need any of the Shadows, and are free to request to buy/trade them.

Any Summoning Items not listed below are welcome as well! Feel free to set up a PT, I'll offer appropriate amounts of Dragon Gems!

Rubies for 6 Dragon Gems each.

Star Pieces for 1 Dragon Gem each.

Hard Rocks for 2 Dragon Gems each.

Light Stones for 8 Dragon Gems each.

Nebula Stones for 3 Dragon Gems each.

Ultra Saddles for 6 Dragon Gems each.

White Powder for 6 Dragon Gems each.

Get to 1000 ShinyDex Entries (Ultimate)

Collect Gems for a total of 10 Pure Gem Hunts (Ultimate)

Get all Non-Emera Shiny Megas (Ultimate)

Looking for any Mystery Items (except Black Boxes and Keys), willing to pay with Dragon Gems. Any offers are appreciated, as long as they don't include exactly what I excluded from this.
Yesterday, 18:50

Uh... well. Thanks to some ridiculously egg-rich days and the Gem hoard I have been building up prior to this SM hunt, I've reached 113 Shinies hatched in 2020 already. To contrast, all of 2019 (I started in April) has 188 Shinies. Welp.
1 Day ago

Can anyone tell me the EHP required for Siliconda and Nickit? Just so that future Royal Tunnel Questions don't trip me up too bad...
2 Days ago

Another 270 Golbat released. I'm pretty sure I'm partly to blame for the Zubat-spam in every possible cave in Pokémon. XD
3 Days ago

Some Goals for 2020 - being ridiculously ambitious in some regards, me thinks.
5 Days ago

I want another Shiny Spring Mareep Distribution Plushie - anyone need a couple of plushies? Anyone still don't have the Plushie Cuddler Badge?
5 Days ago

If anyone's interested in a Shiny or a Mega-able, I got a small selection for you. Any non-shinies are mega-able. Zubats are a-plenty at the moment.
6 Days ago

Next Sale, I'll probably binge on a couple Event Passes. Maybe. Depending on what is offered. <.<
6 Days ago

Private Offers by the same user. Why they think that throwing this at me without any kind of explanation or whatever... (Also the first Trade at first said "hahahaha gay". I wish I was joking.)
7 Days ago

Oh nice! I've just seen that tomorrow is a x2 Day. Sweeeet, this should give the SM hunt a niiiice push along.

Adding up Swablu and Zubat Eggs hatched, they make up almost half of my total hatches. Holy moly. XD
8 Days ago

I just re-checked and - WOAH. This is Kyurem number 8 I'm having here. O_o A bit more than I thought.
8 Days ago

Yo, 'sup, ShinyMegaHunter? Ya chillin' with yo Dex?
... Urgh, I'm sorry. There was this boy who called me old and boring. He said that I'm not cool enough to keep up with the youth *sigh*.
Whenever he talks to me, I don't even understand half of what he says. He says stuff like "The beach is so seven point eight, way too much water." and sometimes "Got any new Hipster-Pokés for me, Brofessor?". ... I never even heard of Hipster-typed Pokémon! I tried to do some research, but... I can't find any information about them.

This has been the standard message for several days now when I go to the lab. I still have the very stark impression this is supposed to be a hint? Or Rowan is just jerking my chain. I've been impatiently waiting for the next quest.
8 Days ago

Full Unown Alphabet:
Consider getting the missing EggDex entries for some aid from Gem Collector - it will still be slow. (Estimate half a year for getting every single Shiny Unown.)

This has to become a lot smaller...
Too long!

If in doubt, check the "Will it break my chain?" in the Pokéradar tab.
Black Flute activates in Daycare, Blue Flute and Mega Cuff in Party screen.
Visit the Fountain for better Shiny and Mega luck.