I would like to propose an item similar to the mega cuff that can be bought with nuggets that increases the chance of an event egg being produced in the daycare.

To be clear, I am not suggesting a 100% chance of all event eggs (that is what event passes are for). I am just suggesting an item that you can renew monthly that will increase the chance of your daycare pair producing an event egg by something like 25%.

I would also suggest it be called either:

Thank you for your consideration and I apologize if something like this has been suggested before orz I am not adept at searching the forums.

thank you, kaitotemari, for this signature!
Jack

Would be a great help for those people trying to hunt event pokemons from daycare and would tempt them to gather more nuggets ! (Or maybe buy them directly from the shop for virtual currency)
Mrinja

Support, honestly it takes me months just to get a event egg for my dex, and I hope sooner or later they'll change that. Though I do not support it being another nugget item, I think there are too much of those. Me, and many others would rather enjoy it being a moderate price item in the item shop such as in the misc.items similar too odd incense. 25% increase is wayyy to high (higher than 1/4),10% would be much better. (higher than 1/10)
People often think the PH sprites are bland. Do they shade? Well, yes they do. You'll be surprised how much care is taken for these sprites. Reasons for my support have already been stated by all 3 of you already, I hold off on hunting any events through daycare because it just takes too long, at least with a little boost i'd be more inclined to attempt shiny hunting events :O

Support.
Hunting events is really stressful for most, as sometimes you could go up to almost a week without an event egg. Even the smallest increase would be amazing.
MeepTheMareep02 Oh yes, support. I've done event hunts with premium and flutes which took 2 months and 2000 Nuggets. I was thinking of doing another, but the experience of my previous one really put me off. Maybe it was just bad luck, but it took one month to get to max chance alone. 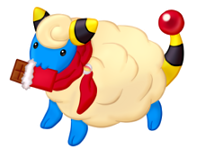 Support! ^^"
@Mrinja I feel like it should stay a nugget item as there aren't really any PD-items in the item shop that help increase egg breeding chances (I might be wrong?)
But any of the items that affect breeding or hatching chances (Flutes, Mega Cuff, Premium) are all nugget items so perhaps this should be implemented as a nugget item as well.

@dragoness66, all items they stated are original pokemon items from the actual games.

@-Hecate, thats the point XD. There are too much nugget items that make the misc. slot in the item shop seem completely pointless.
People often think the PH sprites are bland. Do they shade? Well, yes they do. You'll be surprised how much care is taken for these sprites. Support!
I don't have enough for premium and the event pass

This is an excellent suggestion, I do think this should be implemented, with a lower chance of course than the stated 25% closer to 10-15% would be better, and if not as a nugget item then as a consumable that only lasts a week with a high price tag, like 200k pd.
Noir

As someone else mentioned, I recommended items actually found in the games for the name :)

I definitely think it should be a nugget only thing. All other things relating to egg production chances etc are nugget only and I think this should be no exception. 25% was a ballpark guess, I would say there’s probably a fair bit that goes into the variables there that we don’t see- 10% would even be a huge improvement.

The main thing is that I’m not actually asking to increase egg production rate over all - just a slightly higher chance that the egg produced actually be an event egg.

As someone who's on an event hunt, it gets stressful... Full support from my side! It should be a nugget-only thing like the Mega Cuff.
Mrinja

Well I mean Noir, thats kinda just being biased towards users that pay for nuggets. That's why I suggest being an item similar to odd incense, a one time use item that costs 5,000PD for a 10% increase.


The people that don't support this thread are probably just those people that think this will mess with their event shinies. Like why do you want to make it harder for people that just want their eggdex's?
People often think the PH sprites are bland. Do they shade? Well, yes they do. You'll be surprised how much care is taken for these sprites. Support, if it is just a lower increase like 10 %. Probably it wouldn't be a bad idea make it for pd, because it would just increase the chance of event eggs and not guarantee them.
Noir

To me it would operate the same as flutes and the mega cuff, which are nugget-only. Following the precedent makes more sense to me than trying to figure out a way to monetize it with PD. Besides which, at the usual rate of PD to nugget conversion, if it was priced the same as the mega cuff (180 nuggets), it would still be only 270k PD to simply buy the nuggets from someone who has them - I don't really see much of a point in pricing it in PD when you can buy nuggets from users selling them and equalize it out.

thank you, kaitotemari, for this signature!
Echo YESS full support, I love events so much but they are a pain in the ass to hunt :')

"You know, I wouldn't trust me, but I would totally like me. (inhales) I do like me."
Suvichan

This awesome art and Avatar is made by Grietine! Visit her deviantart.
XD001

No support, there is an event pass for this and these event passes would be rendered almost useless as many would choose this option over the passes
ErrorTheDragon

@XD001
But event passes are for shiny hunting events only..

if someone wants a specific gender of an event, and they have one gender and the opposite gender of the pokemon, wouldn't they just want an increase in percent chance for an event egg so they can get their desired gender if they want it with their OT? 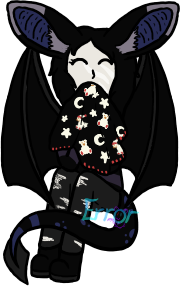